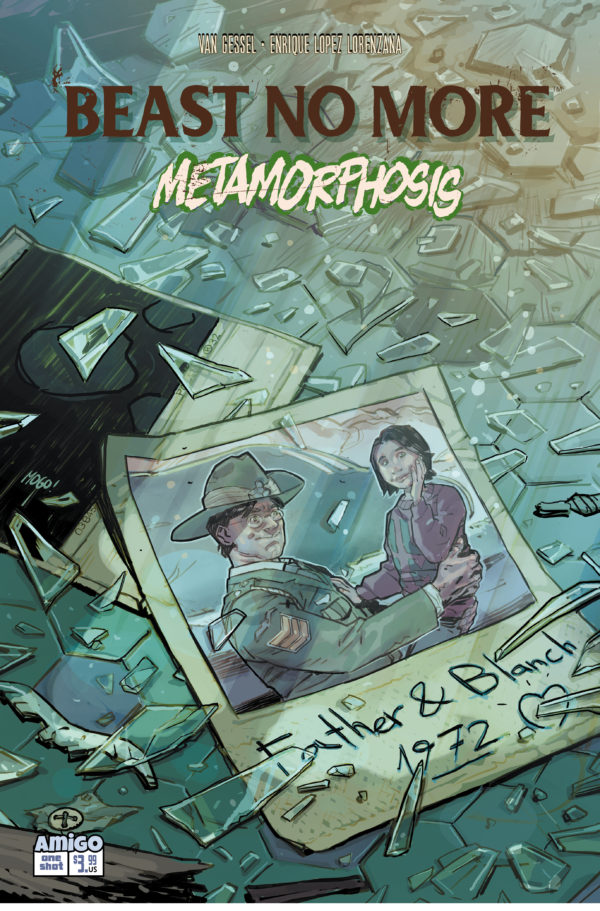 A one-shot prequel to accompany the feature film Beast No More, due for release 2017, starring Jessica Tovey and Dan Ewing, written by Jennifer Van Gessel!

Set before the events of the film, Metamorphosis tells the story of Blanch, a young country girl whose world is turned upside down when her beloved father returns from the Vietnam War. Father is behaving strangely, but it isn’t long before Blanch unravels his secrets and is left to make a choice that will send her down a horrific path.

The Cabinet of Doctor Caligari
Story and art by: Diego Olmos

Creator Diego Olmos (DC’s Supernatural, Batman, Superman and The Question) presents a two-issues miniseries of his most personal work until now. The Cabinet of Doctor Caligari is based in the classic but still revolutionary silent movie.
Carnival has arrived to Holstenwall, and with it the mysterious sideshow of the Doctor Caligari and the sleepwalker Cesare, who can foresee the future… and a shocking wave of murders terrify the city and will take young fiancé Frances into a spiral of death and madness!

A hectic ride that will take you to the 80’s exploitation movies! Nam City always has been a dangerous place, and now it is even more! Members of different criminal organizations are being found dead. Police fears a gang war, but word in the streets are about one man waging a solo war against crime. A man with a bike helmet, a leather jacket, and the symbol of a Tiger! Emmie is learning the hard way that the path of revenge is a dangerous one. She dreams of being a hero, but to her father, her actions say otherwise. To complicate things further, Emmie’s relationship with ex-gangsta Keith is causing tension between her and her masked companion known as “The Machine”. What will happen when Emmie finally faces her attackers?

This issue features the cover by guest artist Javier Fernandez!

Every story has a beginning… and this is how Bram and Weasel met for the very first time! The original tale featuring art by maestro Juan José Ryp, remastered, where our rogues have to fight an angry fire god — and get into a forsaken crypt full of gods also.

Includes the full stories “The Burning Heart” and “The Crypt of the Rotten Gods”.

“When you have this creative combination it’s hard to produce a bad issue. I mean Ryp alone is worth a five, but the fact that the story is entertaining and well-plotted and the coloring adds to Ryp’s artwork makes this one of the best titles out this week. The great part is, you don’t need to have read any of the other Rogues! volumes to enjoy it.”