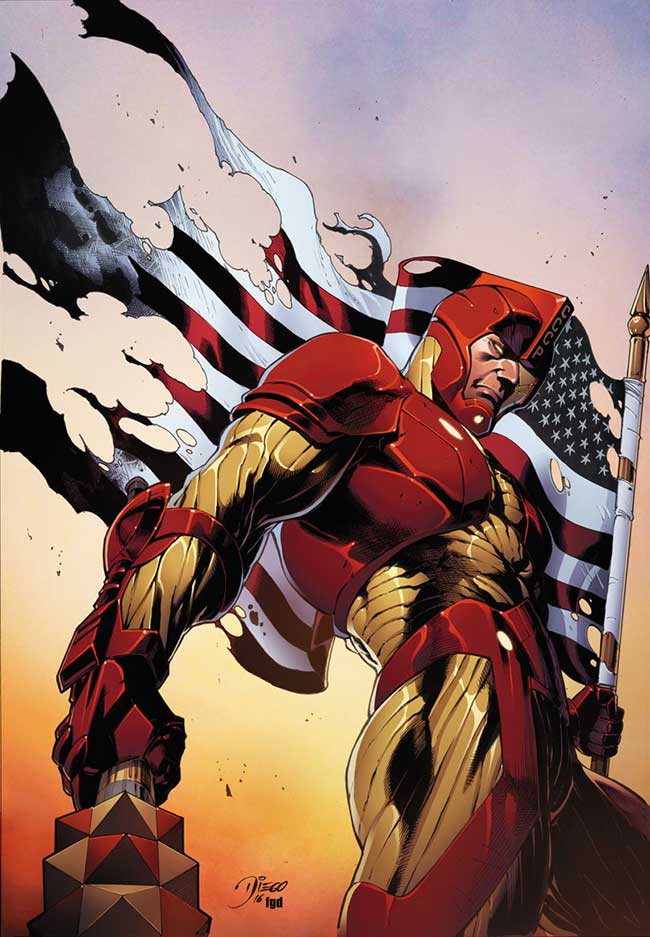 In January, Valiant Entertainment releases Divinity III: Aric, Son of the Revolution #1. Today, Major Spoilers has a sneak peek of the issue, just for you.

DIVINITY III: ARIC, SON OF THE REVOLUTION #1
Written by JOE HARRIS
Art by CAFU
Cover A by CLAYTON CRAIN (NOV161926)
Cover B by RYAN DIEGO BERNARD (NOV161927)
Cover C by CAFU (NOV161928)
Character Design Variant by TREVOR HAIRSINE (NOV161929)
Variant Cover by KANO (NOV161930)
$3.99 US | 32 pgs. | T+ | ONE-SHOT |
From bustling urban centers to the collective farms of the countryside, men, women, and children alike all idolize the same hero of the global Soviet republic: ARIC, SON OF THE REVOLUTION! Returned to Earth from the stars with the ultimate nuclear deterrent – the indestructible X-O Manowar armor – the champion of socialism has singlehandedly consolidated the state’s military and political superiority at home and abroad. But when a surprise attack from the Deadside shines an untoward light on the modern-day Soviet Union’s darkest secret, will Aric pursue his mission…or uphold justice for the quiet dead of an empire’s oppression?