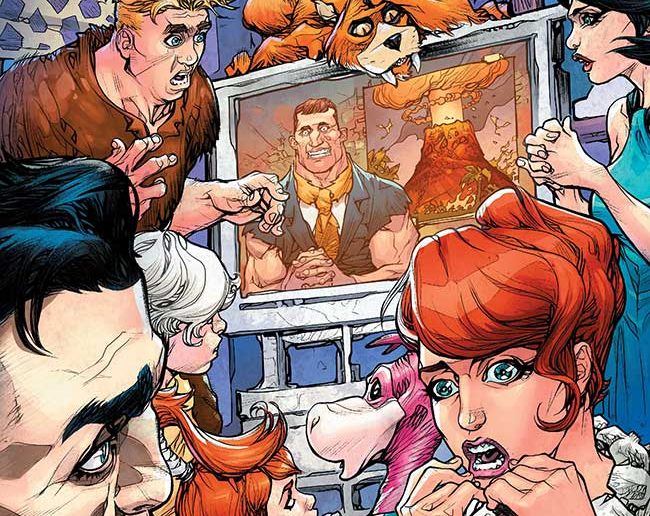 I was wondering when The Great Gazoo would appear in this series, and he’s here in this week’s The Flintstones #6 to judge all of the dumb-dumbs.

THE FLINTSTONES #6
Written by: Mark Russell
Art by: Steve Pugh
U.S. Price: $3.99
The Great Gazoo is working on his report card for the human race, and so far humanity has earned a big fat “F.” When the Church of Gerard starts selling Indulgences, Bedrock descends into violence and debauchery. Meanwhile, a miner gets trapped at Slate’s Quarry. Might there be an honest citizen in this burgeoning civilization willing to come to his rescue? 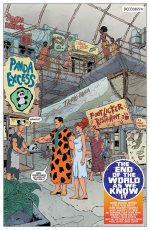 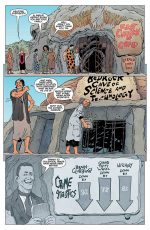 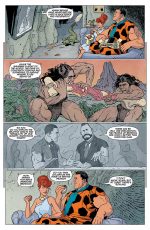 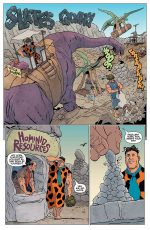 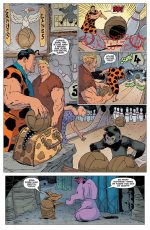 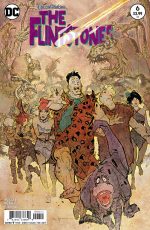 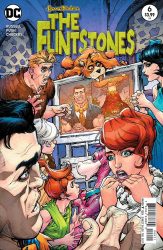