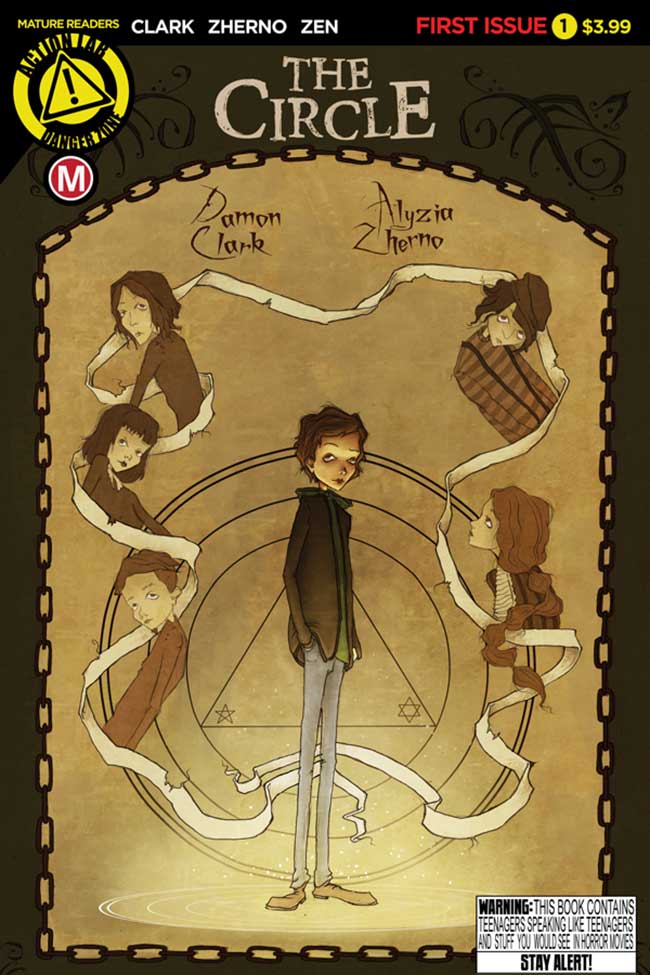 Action Lab’s Danger Zone launches The Circle this week, and we have your first look, after the jump.

After the death of his mother, Christian moves with his single father to the sleepy coastal town of Shell Bay. Upon being bullied at his new school, he’s quickly befriended by the group of “weird” kids. But what Christian doesn’t know is that their playful occult shenanigans may actually be rituals that damn his soul!