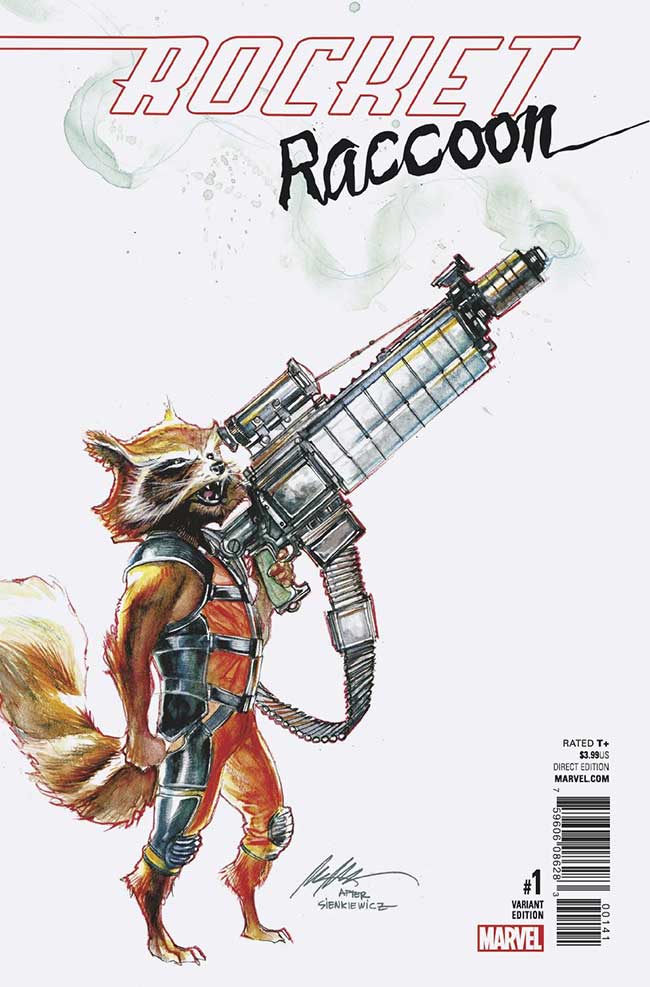 [Preview] Here is your first look at Rocket Raccoon #1

If you didn’t have enough Rocket Raccoon in your life, then your life is about to get a whole lot better, as the space-faring rodent is getting his own series at the end of the month.

ROCKET RACCOON #1 (OCT160824)
Written by MATTHEW ROSENBERG
Art by JORGE COELHO
Cover by DAVID NAKAYAMA
Variant Covers by RAFAEL ALBUQUERQUE (OCT160825)
And TOM ANGLEBERGER (OCT160826)
Action Figure Variant by JOHN TYLER CHRISTOPHER (OCT160828)
Hip-Hop Variant by MIKE DEODATO (OCT160827)
ICX Variant by WILL SLINEY (OCT160829)
Rocket has found himself stuck in the very LAST place he wants to be – the backwards, no-class, pit of a planet called Earth. It’s where those dumb furry things people say Rocket looks like are from. He is NOT a raccoon! So help you if you call him a raccoon. One thing is clear, it doesn’t matter who or what gets in his way, he’s gotta get off this mudball, and he’s gotta do it now! Easier said than done.