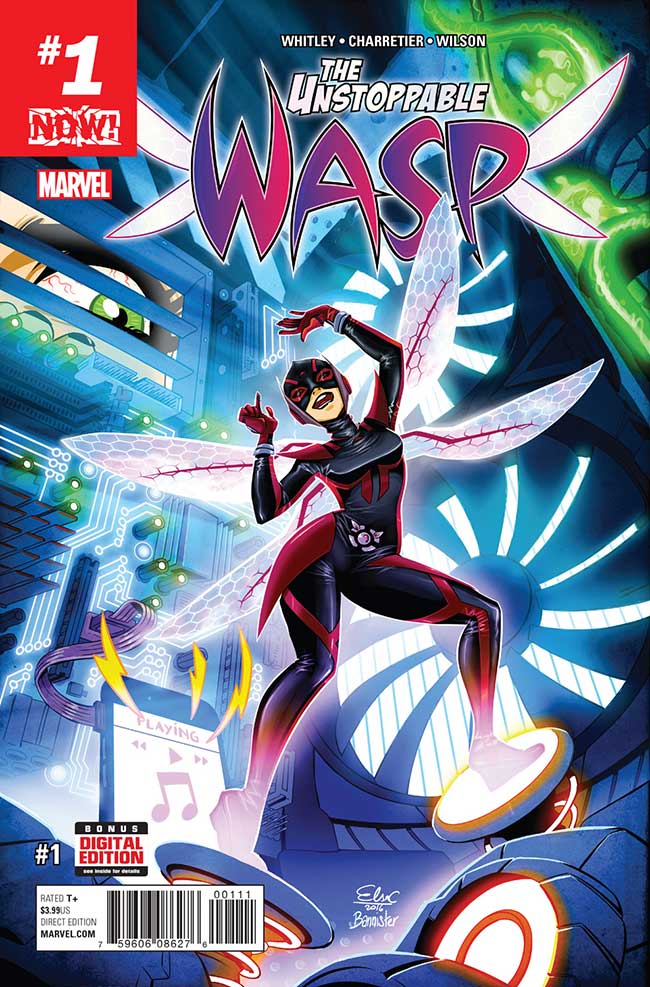 [Preview] Check out this first look at The Unstoppable Wasp #1

Is the Wasp stoppable? I think the title of her new series kinds of answers the question. Take the jump for a sneak peek of The Unstoppable Wasp #1 from Jeremy Whitley and Elsa Charretier.

THE UNSTOPPABLE WASP #1 (NOV160795)
Written by JEREMY WHITLEY
Art & Cover by ELSA CHARRETIER
Variant Covers by ELIZABETH TORQUE (NOV160796)
And SKOTTIE YOUNG (NOV160796)
Hip-Hop Variant by NELSON BLAKE II (NOV160798)
Action Figure Variant by JOHN TYLER CHRISTOPHER (NOV160799)
Movie Variant Also Available (NOV160800)
Blank Cover Also Available (NOV160801)
Life has never been easy for Nadia Pym. She spent the first half of her life a captive of The Red Room – the covert Soviet training facility that produced living weapons like the Black Widow and the Winter Soldier. For the first time ever, this teenage super-scientist is on her own and she’s ready to spread her size-changing wings! Be there as she makes her way through the Marvel Universe with fresh eyes and bountiful optimism. Hank Pym’s long-lost daughter has a lot of catching up to do and she’s determined to change the world with the greatest weapon of all – her mind. You know, if she can get her United States citizenship first. You can try to stand in her way, but you’ll fail.

The Unstoppable Wasp arrives on January 4, 2017.