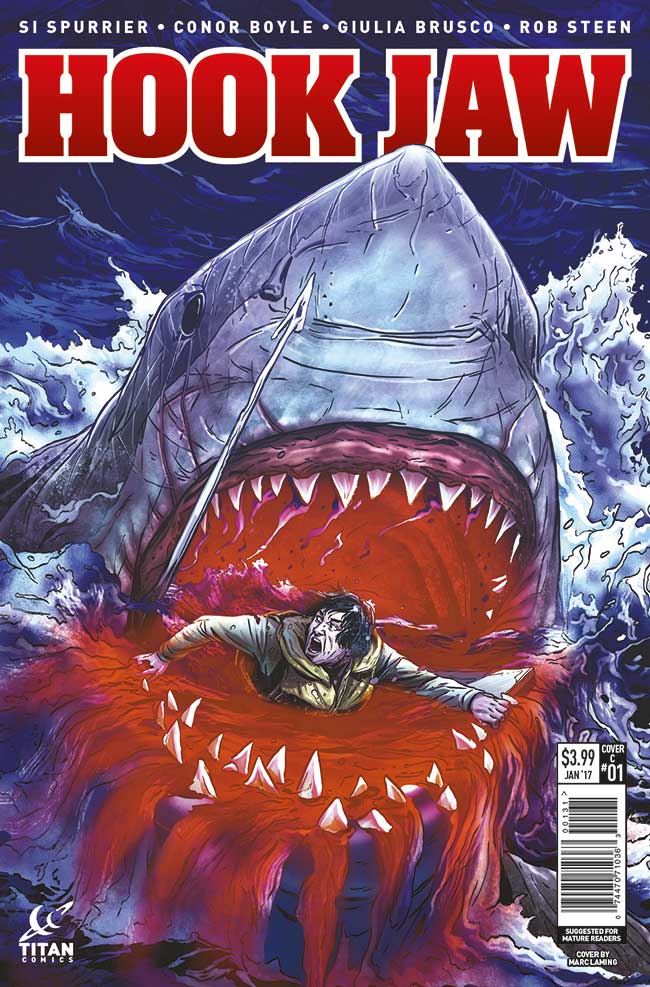 Si Spurrier, Conor Boyle and Titan Comics are bringing us a new mini-series, inspired by Jaws, but with more action, more violence, and a bigger boat… maybe.