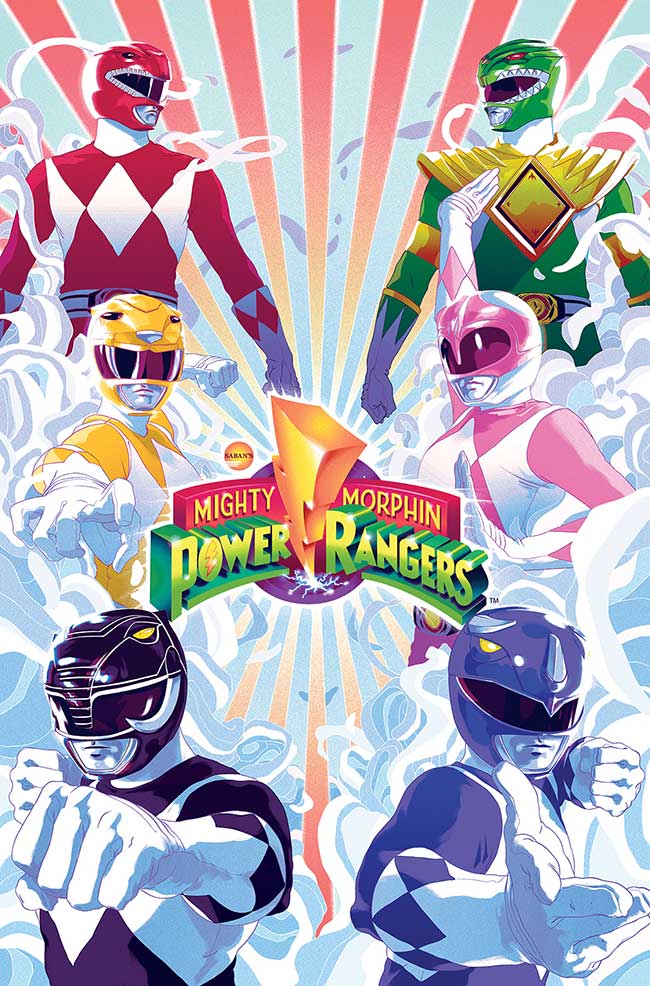 Though you might think it is the White Ranger, this is an all new character created by BOOM! Studios and Saban Brands.

This marks the first time a new Power Ranger has been created in “Mighty Morphin” continuity since the series debuted over 23 years ago. The mysterious new Ranger is a key architect behind the chaos that has plagued the Mighty Morphin team since the launch of the comic book series. This reveal is part of a long-term story with far-reaching effects and consequences. If you want to know who is under the mask, you’ll have to wait until Might Morphin’ Power Rangers #12 arrives in stores in February 2017.

My money is on the Lord Zed Power Ranger.