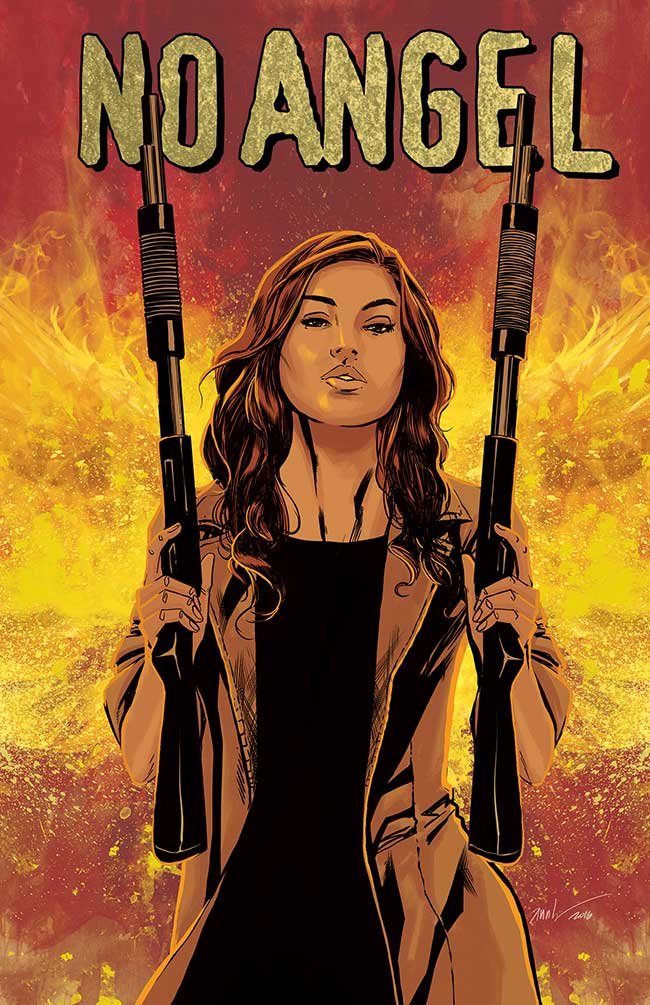 This week, No Angel #1 arrives in stores. Take the jump for an early look at the issue from Black Mask Studios.

NO ANGEL #1
Written by: Adrianne Palicki & Eric Palicki
Art by: Ari Syahrazad
Colored by: Jean-Paul Csuka
Lettered by: Jim Campbell
Cover by: Amancay Nahuelpan
NO ANGEL is a dark-fantasy adventure about a young woman who finds herself hunted by monstrous creatures, only to uncover a secret history and conspiracy dating back to Biblical times that indicates she herself may actually be superhuman. With her whole family at risk, she must reunite with her estranged sister and fight the dark powers aligning against them.

It’s a powers book by way of The Da Vinci Code with a dash of Fables.

Written and co-created by a sister-and-brother team (he wrote for Guardians of Infinity and she played Mockingbird in Agents of SHIELD), this is a grounded & smart action-adventure about family.