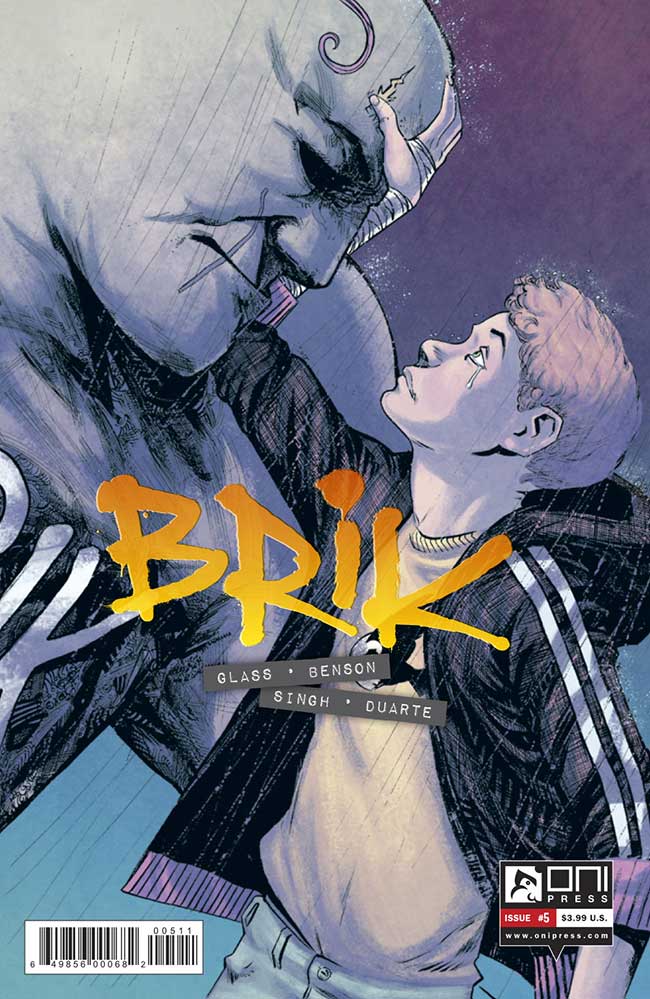 Boosted by the strength and power the golem Brik, Drew finally finds the courage to make a move on his crush—but not everyone in Yonkers is feeling so confident. Threatened that respect and fear of his gang has diminished now that Drew and Brik are dealing out street justice, Little Stalin cracks down to tighten his control on the city. Sera returns and meets Brik but realizes Drew hasn’t followed her instructions exactly, and now the golem may soon turn dangerous and uncontrollable. And to top off Drew’s troubles, Little Stalin learns who’s behind this new vigilante of Yonkers.