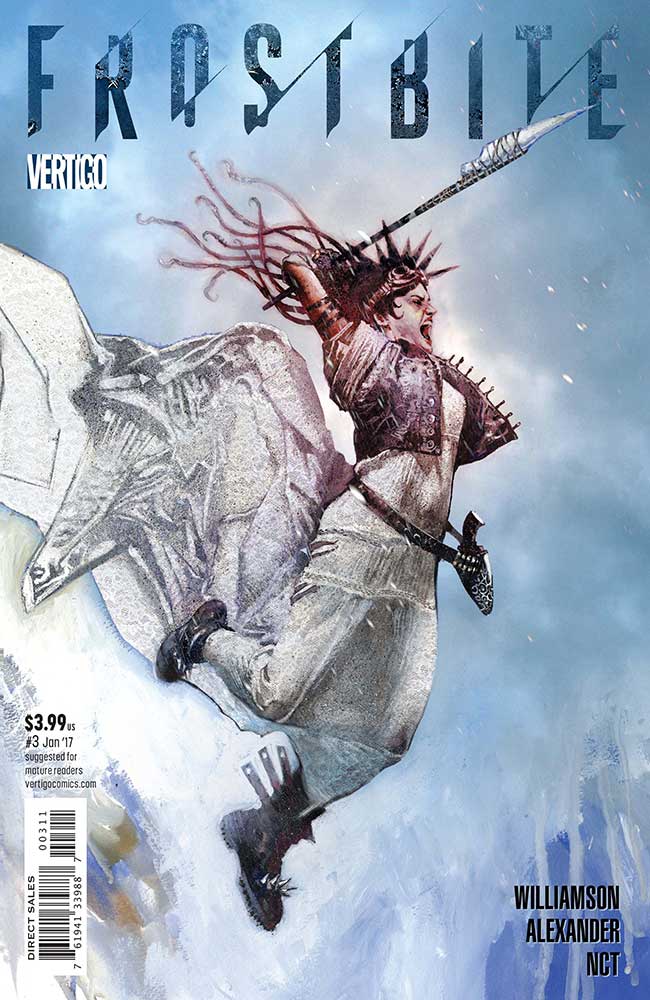 This week, Vertigo releases Frostbite #3 to comic book stores. Take the jump for a sneak peek of the issue by Joshua Williamson and Jason Shawn Alexander.

FROSTBITE #3
Written by: Joshua Williamson
Cover by: Jason Shawn Alexander
U.S. Price: $3.99
The high-action futuristic Western from the writer of THE FLASH and the creator of Empty Zone kicks into high gear! Keaton has managed to get Vic out of Los Angeles, but the trouble is only just starting. The mysterious Boss Burns knows the precious cargo that Vic is carrying, and he wants it for himself. He’s put a price on the women’s heads, and now all of the nastiest gangs of the frozen American wasteland are barreling down on them, guns drawn and ready to claim the prize.