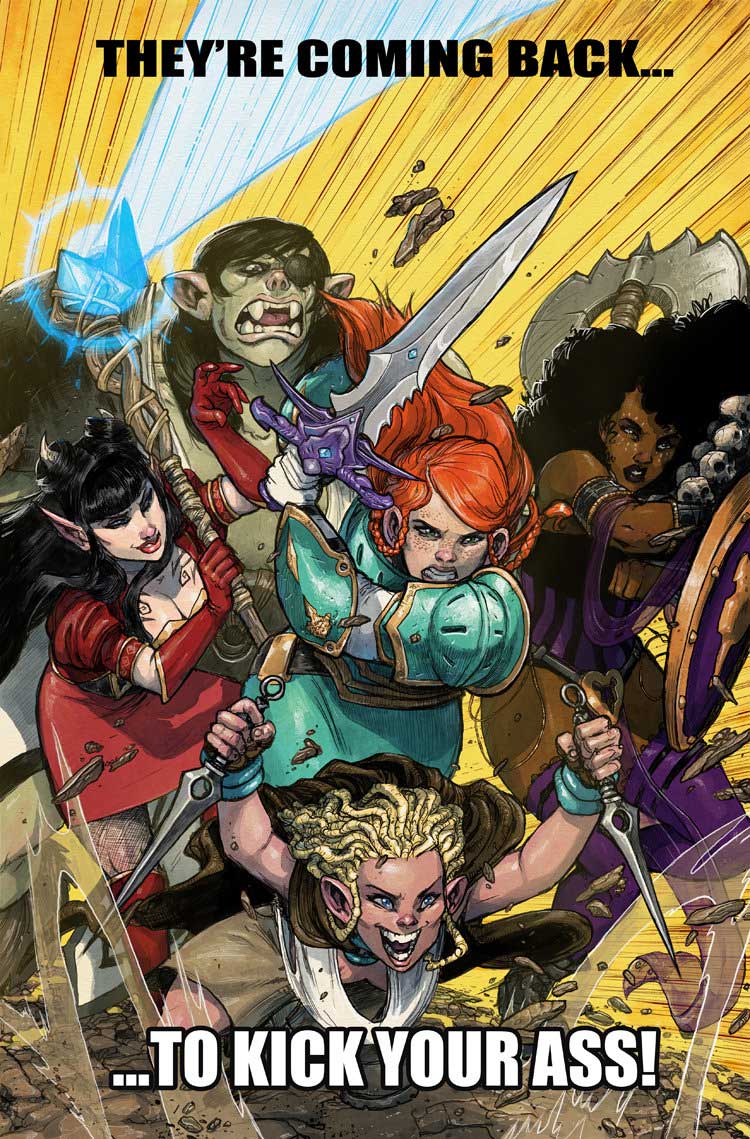 Here’s some news that will make some people really happy, and will make others really angry – Rat Queens is returning in March from writer and co-creator Kurtis J. Wiebe, and he’s bringing a new artist with him – Owen Gieni.

“Cat Kings and Other Gary’s: Part One” begins a fresh, soft-reboot and the Rat Queens are back in action! Everybody’s favorite butt-kickers—Betty, Violet, Dee, Braga, and Hannah—return in RAT QUEENS, VOL. 2 #1. Palisade is still a rat-infested troll’s ass and everyone still hates Gary. It’s been awhile since the Queens have done a good slaughter, so join them as they get back to the basics of killing monsters and drinking away the profits.

You may have seen Owen Gieni’s art in Manifest Destiny (also from Image Comics), but many will know his work from the Sore Thumbs and Wicked Powered webcomics.

“Owen’s style brings a real return to high adventure, insane action and character comedy,” said Wiebe. “He has an amazing talent for crafting a world and when his characters act, they feel genuine and real. Writing scripts for Owen is the most fun I’ve had on the series in a very long time. Our new start with Rat Queens is getting back to the basics. Four friends who kill monsters for money. Except it’s even weirder.”

In May 2016, Tess Fowler was dropped as the artist for the series amid rumors that co-creator Roc Upchurch would return to the series. This announcement from Image COmics and Wiebe seems to put that rumor to rest, though it still brings into question how involved Upchurch is in the series.