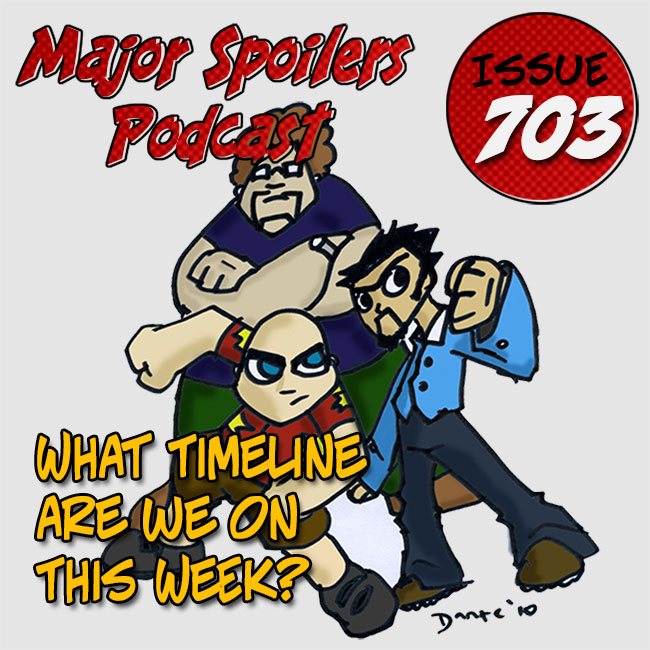 Major Spoilers Podcast #703: What timeline are we on this week?

This week on the Major Spoilers Podcast: There’s something wrong with your alternate dimension offspring! Inhumans get small, Comic Book History of Comics #1, Reggie and Me #1, Brigands #1, and Transfatty Lives!

MATTHEW
"REGGIE AND ME #1
Script: Tom DeFalco
Art: Sandy Jarrell, Kelly Fitzpatrick, Jack Morelli
$3.99 U.S.
There is no one more loved, revered, admired and adored in Riverdale than… Reggie Mantle? Well, at least Reggie doesn’t think there’s anyone as loved and admired as himself. And his best friend can back that idea up—his best friend, of course, being his dog, Vader. The unstoppable duo is known around town for pulling the funniest pranks, getting the hottest dates and throwing the best parties. And if anyone even dares to compete with them, there is going to be hell to pay. Come take a look at the life of your hero, the handsome, hilarious Reggie Mantle."

RODRIGO
"BRIGANDS #1
Writer(s): Ram V
Artist Name(s): Nick Barber, Jason Lewis, Kel Nuttall
Pulled from death row and recruited by the secretive inquisition to steal an artifact called The Myros Pendulum, Stilian Desault now paired with an old colleague, Veina must put together a group of Brigands for the heist of their lives. But there are no happy endings or quick deaths for battle-forged blades. Stilian will soon discover that things are about to go very wrong.

Then his legs started shaking.

Major Spoilers Poll of the Week: Y’er a Wizard, Harry!