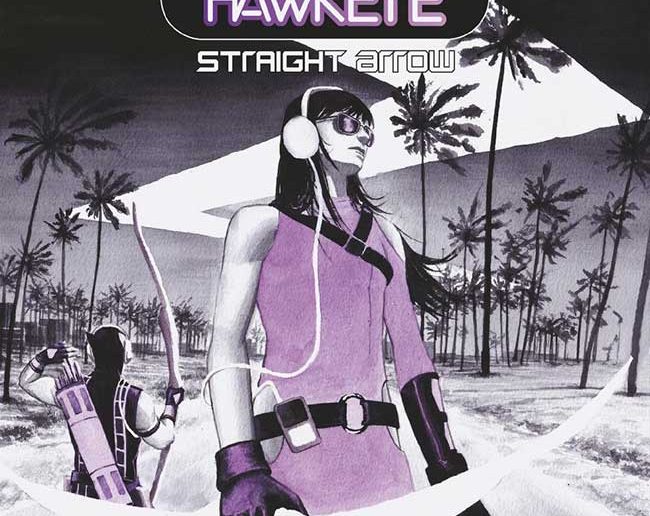 [Preview] Here is your first look at Hawkeye #1

A big congratulation to Hawkeye finally getting her own series! Sarcasm aside, Marvel’s new volume of Hawkeye, written by Kelly Thompson with art by Leonardo Romero, arrives in stores in December, and we have your first look, after the jump.

HAWKEYE #1 (OCT160797)
Written by KELLY THOMPSON
Art by LEONARDO ROMERO
Cover by JULIAN TOTINO TEDESCO
Variant Covers by MARGUERITE SAUVAGE (OCT160799)
And DAVID AJA (OCT160798)
Design Variant by LEONARDO ROMERO (OCT160800)
Hip-Hop Variant by MARCO RUDY (OCT160801)
ICX Variant by MIKE MCKONE (OCT160802)
Blank Cover Also Available (OCT160803)
Load your quivers and nock your arrows, True Believer because there’s a new archer in town when the all-new HAWKEYE #1 comes to comic shops and digital devices everywhere! Kate Bishop is flying solo in a brand new series courtesy of rising comic stars Kelly Thompson (A-Force) and Leonardo Romero (Doctor Strange). Kate’s back on the west coast with nothing but her bow, some arrows and her P.I. badge in tow. There’s crime to fight and she’s the best archer to handle it! It’s Kate Bishop like you’ve never seen her before – in a can’t-miss new series that really hits the mark! 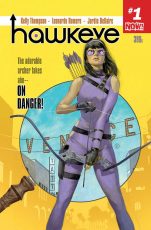 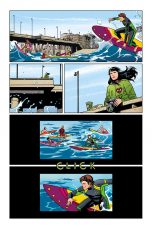 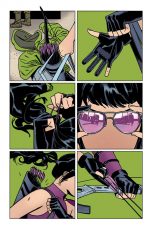 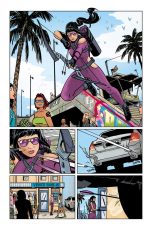 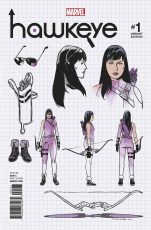 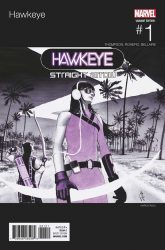 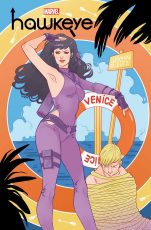