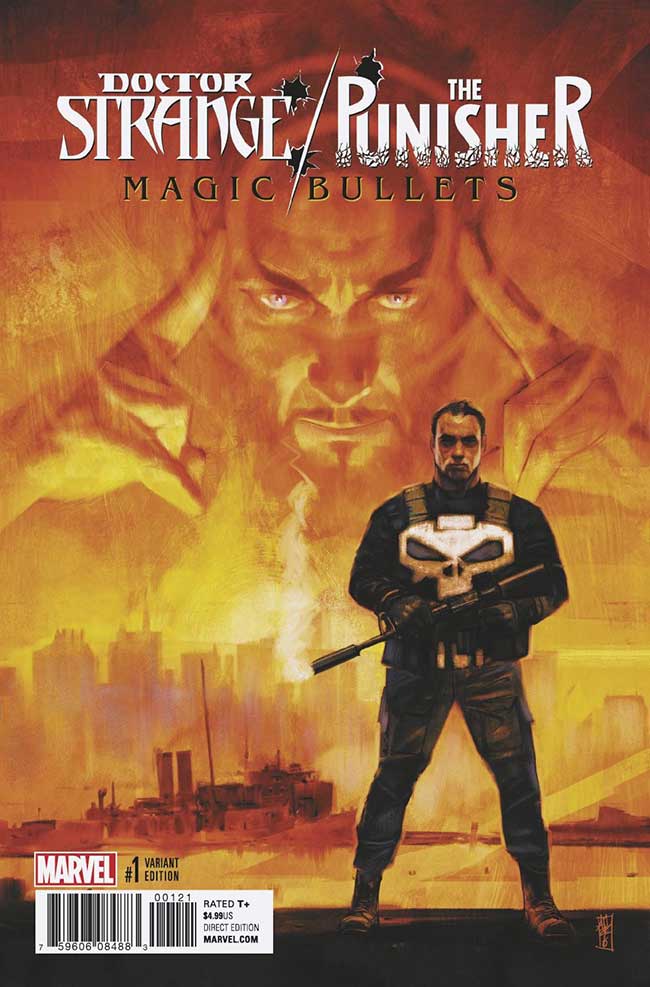 DOCTOR STRANGE/PUNISHER: MAGIC BULLETS #1 (of 4) (OCT160923)
Written by JOHN BARBER
Art by ANDREA BROCCARDO & JASON MUHR
Cover by MICHAEL WALSH
Variant Cover by ALEX MALEEV (OCT160924)
From creators John Barber, Andrea Broccardo and Jason Muhr – there are new players in the organized crime game, and they’re turning to magic to get the upper hand. Frank Castle is a bit out of his league so he’s calling in a little help from the Sorcerer Supreme himself! Is it time for the Punisher to use a little magic? Or is it time for Doctor Strange to adapt to Frank Castle’s lethal way of thinking?

It sounds like a super interesting team-up and we can all check out the four-issue mini-series when it arrives on December 7th.