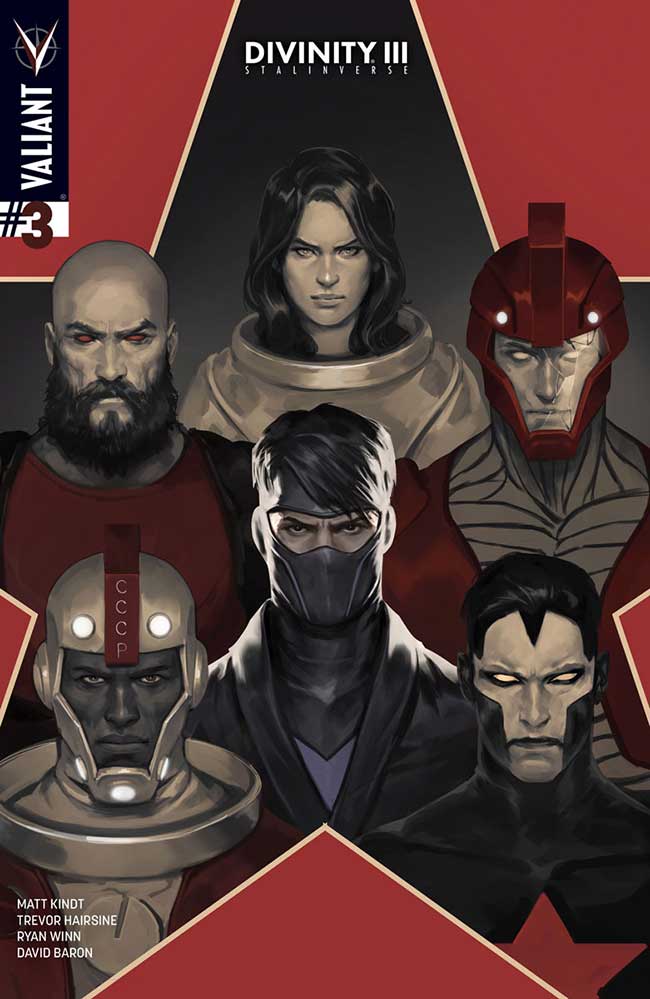 The Stalinverse is about to kick off in a big way, and Valiant Entertainment has released the first half of Divinity III: Stalinverse #1, that you can check out, after the jump.

DIVINITY III: STALINVERSE #1 (of 4)
Written by MATT KINDT
Art by TREVOR HAIRSINE
Cover A by JELENA KEVIC-DJURDJEVIC (OCT161948)
Cover B by TOM MULLER (OCT161949)
Variant Cover by JEFFREY VEREGGE (OCT161952)
Variant Cover by GREG SMALLWOOD (OCT161953)
Variant Cover by ADAM GORHAM (OCT161954)
Blank Cover Also Available (OCT161950)
Valiant Cat Cosplay Variant Also Available (OCT161951)
$3.99 | 32 pgs. | VALIANT PRESTIGE | T+
At the height of the Cold War, the United States and the Soviet Union were racing to the stars. But, while America was aiming for the moon, Russia had its eyes on the cosmos. In secret, they launched a three-man mission into the far reaches of space. In the depths, they discovered something Unknown. Something that…changed them. Imbued with god-like powers, the long-lost cosmonauts returned home…only to discover that their old ideology, communism, lost the war to western capitalism in the decades since their journey first began. But now they have the power to change it all…