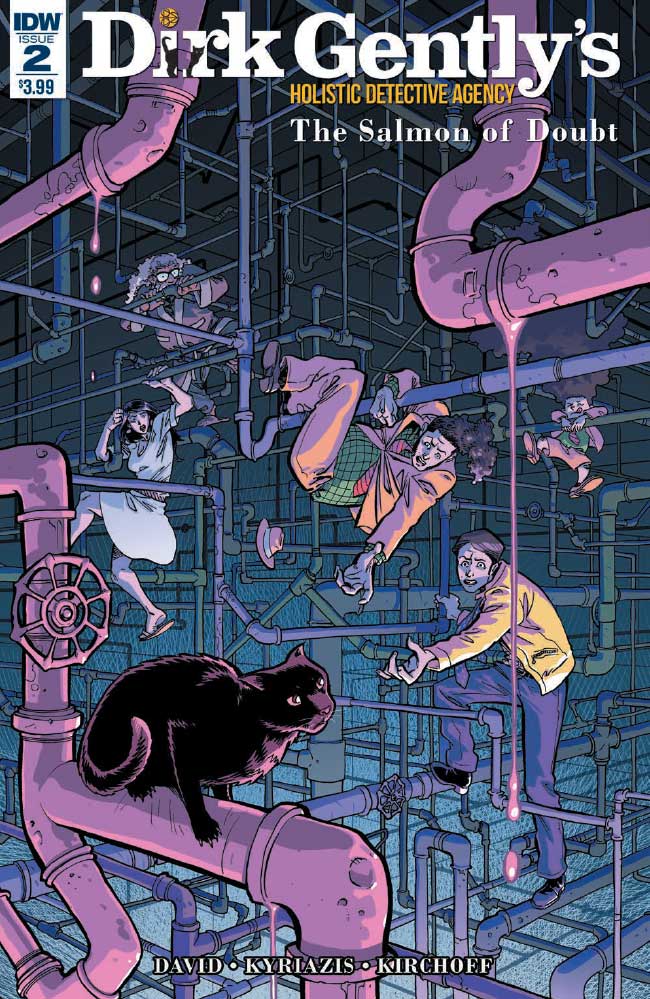 Written by Arvind Ethan David with art by Ilias Kyriazis, IDW Publishing released this sneak peek of Dirk Gently: The Salmon of Doubt #2.

Dirk Gently: The Salmon of Doubt #2
Arvind Ethan David (w) • Ilias Kyriazis (a & c)
Plagued by nightmares about a childhood he never had, Dirk Gently has returned to Cambridge University to seek the advice of his former tutor, the time-traveling Professor Reg Chronotis. There he discovers that a holistic detective can have more than one past, and his adventures have only just begun… Featuring favorite characters from the original books as well as the cast from the TV series, including Samuel Barnett and Elijah Wood!
FC • 32 pages • $3.99