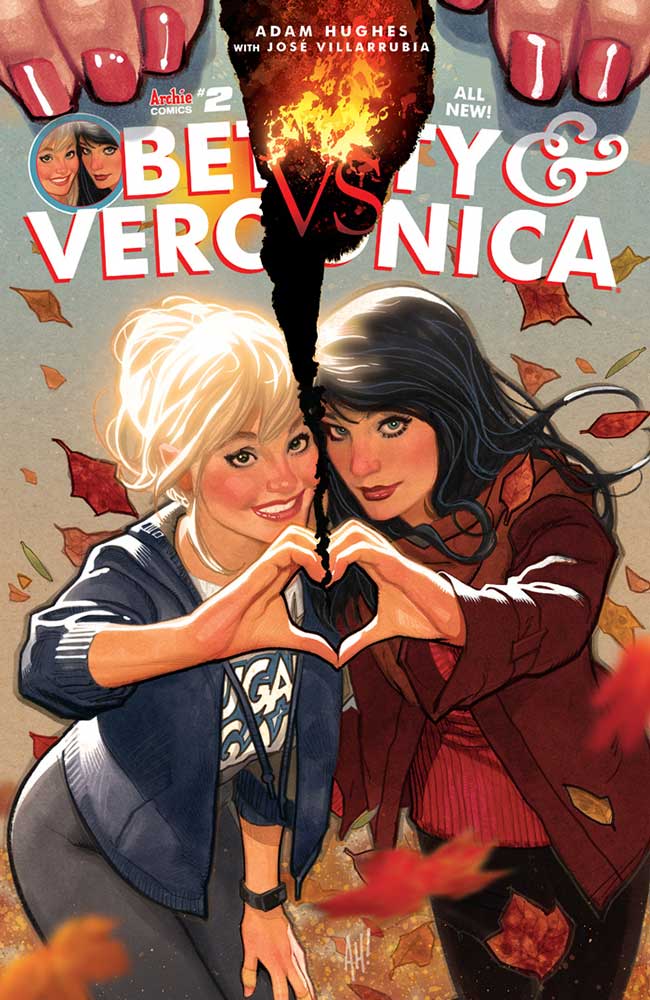 BETTY & VERONICA #2
Script: Adam Hughes
Art: Adam Hughes, José Villarrubia, Jack Morelli
Cover: Adam Hughes
Variant Covers: David Mack, Allison Sohn, Rachael Stott, Kevin Wada
On Sale Date: 11/9
32-page, full color comic
$3.99 U.S.
The latest hit New Riverdale series continues to defy expectations with some major surprises: including besties turning into enemies! The battle no one expected hits its peak as Betty and Veronica declare all-out war on each other! It’s a battle of benefits as Betty tries to raise money to save Pop’s, while Ronnie’s staging her own competing fundraisers in move destroy Betty’s efforts. All bets are off as the girls go from best pals to cutthroat competitors. You’ve never seen a car wash like this! Will the two icons find their way back to friendship, or is this the end of one of the longest-running partnerships in history?