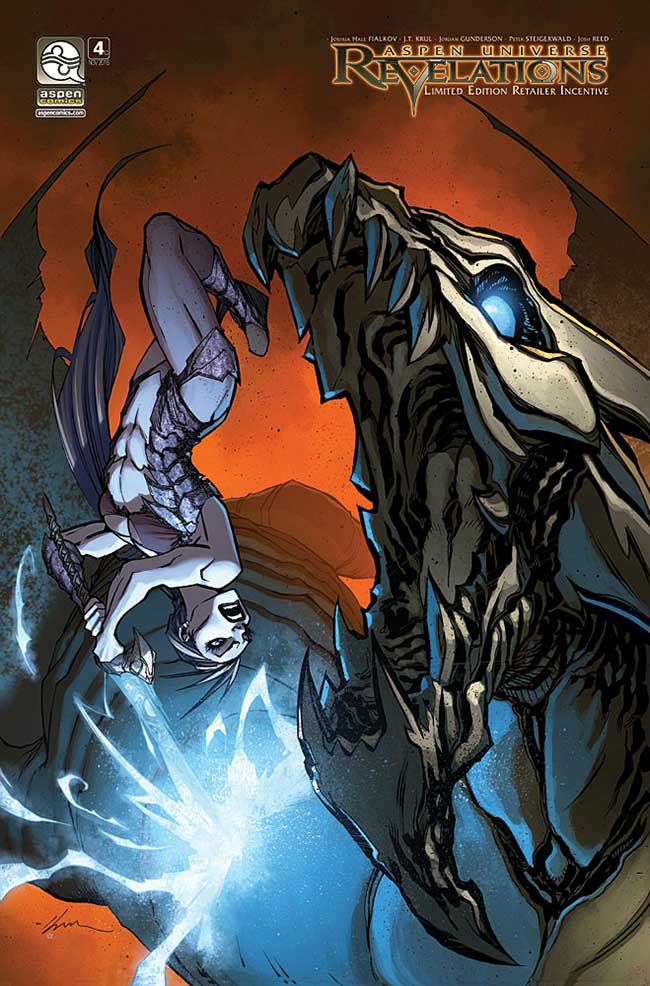 This summer, legendary creator Michael Turner’s two greatest creations, Fathom and Soulfire, unite as one in a crossover event so massive in scope, it can only serve to forge a BRAND NEW ASPEN UNIVERSE in the process! While Aspen and Malikai continue to fight for their world, the underwater civilization of the Blue find their very existence—future and past—threatened as never before!

The issue arrives in stores this week.