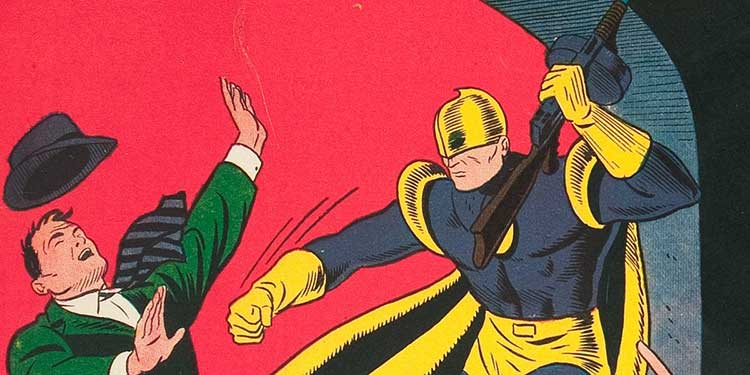 The first appearance of Green Arrow and Aquaman is set to hit the Heritage Auction block on November 17th, and it may bring in a cool six figures from one comic collector. More Fun Comics #73 is famous in collecting circles for featuring the origin and first appearance of Aquaman and the first appearance of Green Arrow. The copy offered by Heritage, retaining white pages despite having been published in 1941 and sold for 10 cents, is the jewel in the crown of a fresh-to-market, original-owner Golden Age collection titled “The Columbus Collection.” It was assembled by a poor, young boy who grew up during the 1930s and 1940s in the Wisconsin countryside.

Will the issue reach that high of a price? Is it overpriced, or underpriced? How much would YOU be willing to pay for this issue that features the debut of not one, but TWO iconic DC characters? Use the comment section below to share your thoughts.

Ten Things: The Supers of Earth-D