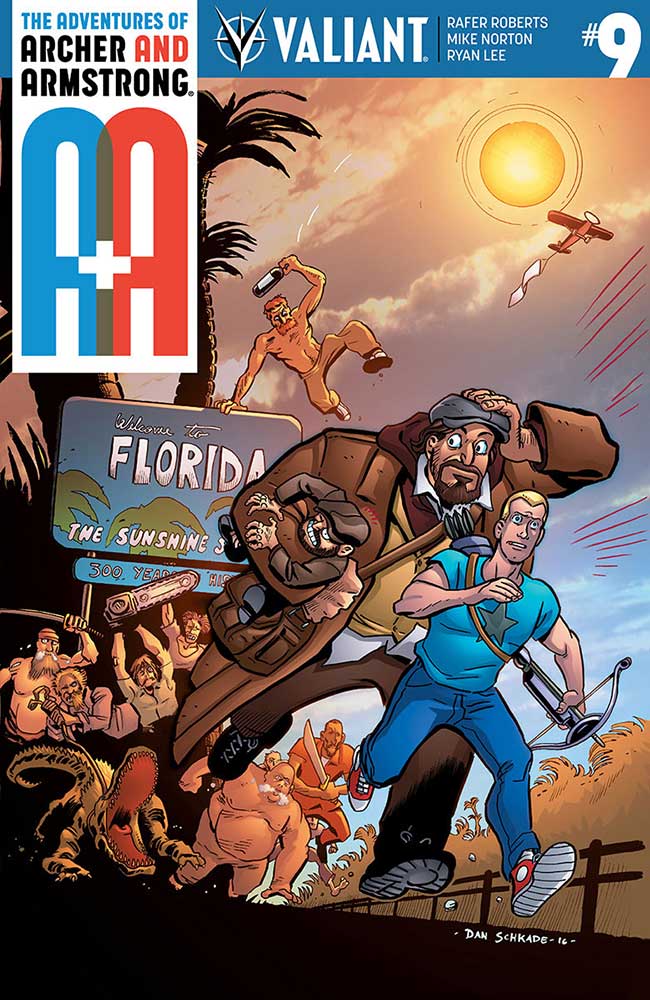 [Preview] A&A: The Adventures of Archer and Armstrong #9

A new arc kicks off in next weeks A&A: The Adventures of Archer and Armstrong #9, and we have a sneak peek, after the jump.

At long last, Valiant’s gallant adventurers have finally located Armstrong’s long-missing wife…in that dreaded land that dare not speak its name: Florida! But after centuries of thinking that his near-immortal bride, Andromeda, was just a booze-induced hallucination, how will Armstrong make up for years of lies, losses, and infidelities? And, as if that wasn’t enough, a nefarious new force is about to release an army of bathsalt-using “Florida Men” to finish off Archer & Armstrong once and for all!

It’s a true story (not really) ripped from today’s headlines (pretty much)! Pack your Crocs and don’t skimp on the lotion because the Sunshine State is about to hit Archer & Armstrong like a bad seafood buffet…and we only have Harvey Award-nominated writer Rafer Roberts (HARBINGER RENEGADES) and acclaimed artist Mike Norton (Revival) to blame!