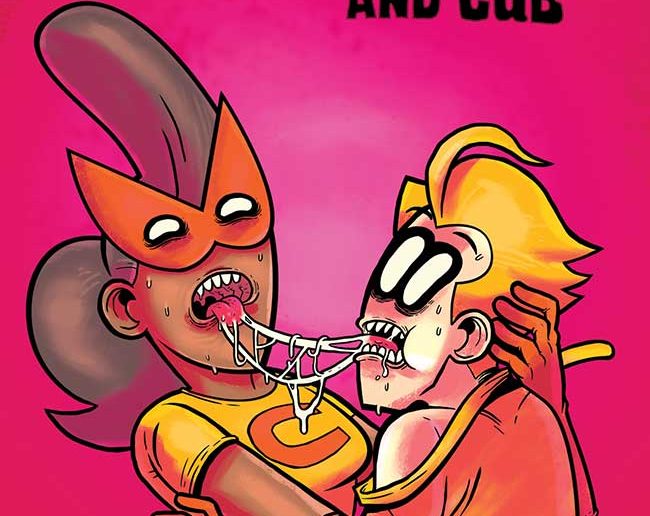 [Preview] What happens when heroes and sidekicks sleep together?

What happens when crime fighting moves beyond the mentor/trainee relationship into something more serious? Cougar and Cub from Action Lab’s Danger Zone imprint examines that question, and we have a sneak peek of the first issue.

Wealthy heiress Minerva Manx is the courageous Cougar, Megaville’s premier crimefighter. Billy Bobtail is Cub, Cougar’s loyal partner and a senior at the Sidekick Academy. A slow night on the prowl results in an exchange of passion between our heroes as one of Cougar’s rogues watches from the shadows!

The one night stand between Cougar and Cub causes a downward spiral as the supervillains in Megaville leap to exploit the situation. Can Minerva and Billy mend their partnership and fend off the ferocious attacks of their enemies? Or will our champions let a night of indiscretion end their crimefighting careers?

But that’s not all! Each issue sends you on a trip through time with our Flashback Backups, revealing secrets of the past through Cougar’s exciting adventures from the golden age through the present.

Writer Nick Marino shares his excitement of working on this new title: “I’m so thrilled to share Cougar and Cub with readers. This is one twisted tail (hehe) that I never dreamed would see print like this. Daniel Arruda Massa’s art is on a whole other level, channeling incredible influences from animation, underground comix, and classic superhero stories. Rosie Knight’s backups are delicious bites of meta fiction, mixing the past with the present in unexpected and exciting ways. I can promise you one thing: you’ve never read a comic book like this before!”

Danger Zone publisher Jason Martin adds, “We’re excited and delighted to have creators Marino and Arruda Massa back at Action Lab, with another whip-smart and cleverly-skewed take on familiar tropes to follow up their last breakout effort, Holy F*ck (and Holy F*cked)!! As you’ll see, Cougar and Cub takes you to the less charted regions in the land of capes and cowls, and firmly into the Danger Zone!”

Plumb the depths of passion with our Love Is Gross variant, or take a trip to the golden age with our Flashback Backup variant cover! 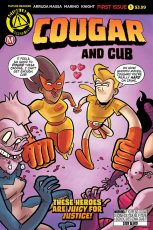 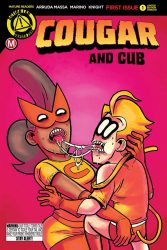 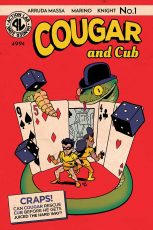 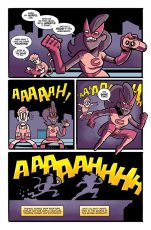 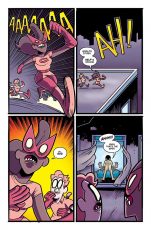 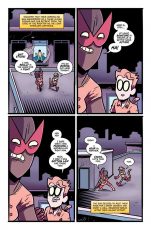 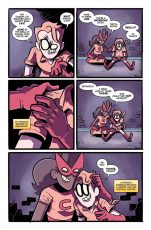 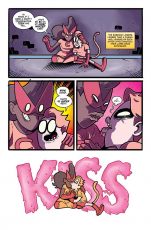