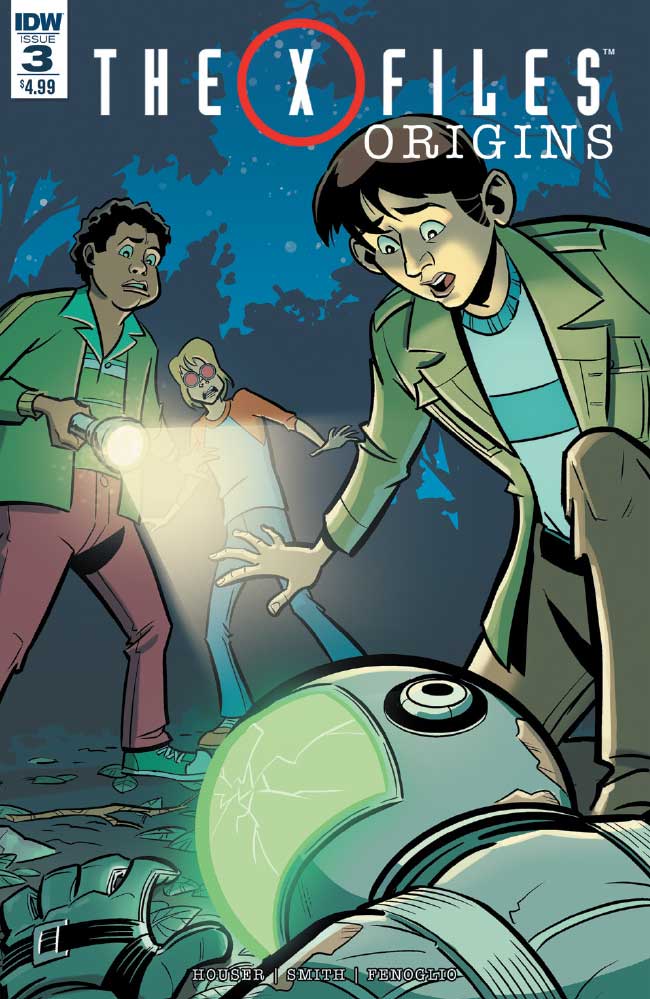 Mulder and Scully star in separate tales depicting their teen years in The X-Files: Origins #3.

The X-Files: Origins #3 (of 4)
Jody Houser & Matthew Dow Smith (w) • Chris Fenoglio, Corin Howell (a & c)
Before the FBI, before the X-Files, they were just two teenagers in search of the truth. On Martha’s Vineyard, a young Fox Mulder investigates something strange happening on the island, while in San Diego, 13-year-old Dana Scully looks into the shocking murder of her teacher. Two kids, two mysteries, one conspiracy that threatens the future of humanity!
FC • 40 pages • $4.99