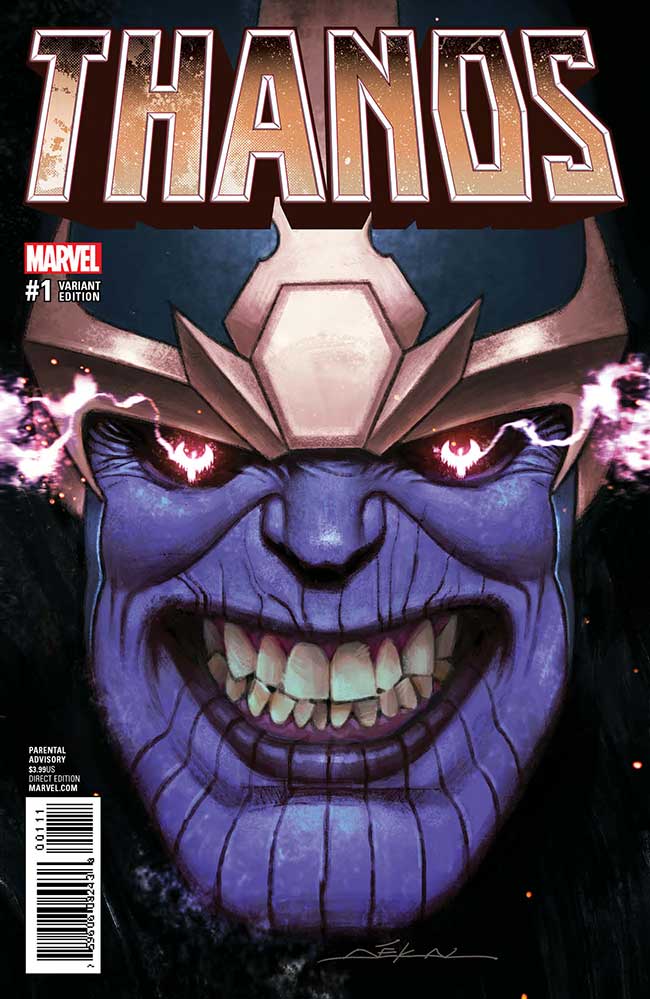 What is the mad titan doing in Marvel NOW!? Take the jump for a sneak peek of Thanos #1 by Jeff Lemire and Mike Deodato.

THANOS #1 (SEP160912)
Written by JEFF LEMIRE
Art & Cover by MIKE DEODATO
Variant Covers by RON LIM (SEP160913) and JEFF DEKAL (SEP160914)
Toy Variant by ALEX KROPINAK (SEP160915)
Hip-Hop Variant by MIKE DEL MUNDO (SEP160916)
Venture into the dark depths of one of Marvel’s most vile villains as he enacts vengeance on all who would stand in his way. In his absence, Thanos’ grip on the cosmos has loosened. As he returns to the stars to terrorize the galaxy once more, reborn and reinvigorated – are there any that can stop him? Many will try, including members of his own family – Thane, Starfox and many others. Will they succeed where others have failed?