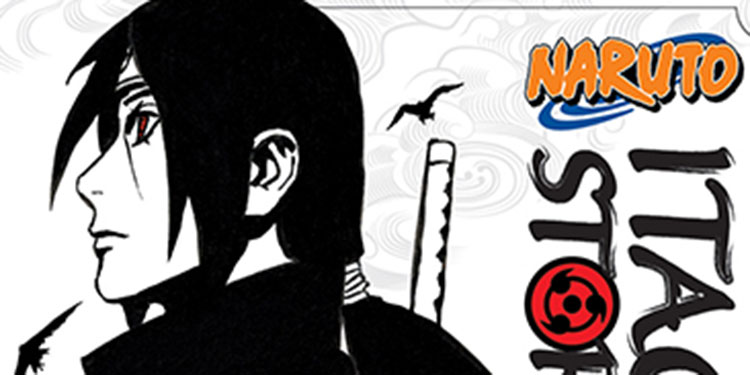 VIZ Media, LLC (VIZ Media), a premier company in the fields of publishing, animation distribution, and global entertainment licensing, continues to expand its library of popular NARUTO novels with the release of NARUTO: ITACHI’S STORY – DAYLIGHT on November 1st.

Naruto’s allies and enemies take center stage in these fast-paced adventures with each book focusing on a particular clan mate, ally, team…or villain. NARUTO: ITACHI’S STORY – DAYLIGHT will be available in print and digital editions. The novel was written by Takashi Yano and features original cover art by NARUTO creator, Masashi Kishimoto. Uchiha Itachi, four years of age. With the hell of war burned into his eyes, the boy makes a resolution: he will rid this world of all violence. The birth of Sasuke, meeting his friend Shisui, the academy, genin, chunin, and then the Anbu – Itachi races down the path of glory toward his dream of becoming the first Uchiha Hokage, unaware of the darkness that lies ahead…

Manga author/artist Masashi Kishimoto was born in 1974 in rural Okayama Prefecture, Japan. Like many kids, he was first inspired to become a manga artist in elementary school when he read Dragon Ball. After spending time in art school, he won the Hop Step Award for new manga artists with his story, Karakuri. After considering various genres for his next project, Kishimoto decided on a story steeped in traditional Japanese culture. His first version of NARUTO, drawn in 1997, was a one-shot story about fox spirits; his final version, which debuted in Japan in Weekly Shonen Jump in 1999, quickly became the most popular ninja manga in the world. The series would also spawn multiple anime series, movies, novels, video games and more. Having concluded the series in late 2014, Masashi Kishimoto has kept himself busy this year with the side story, Naruto: The Seventh Hokage and the Scarlet Spring, and writing the story for the latest NARUTO movie, BORUTO: NARUTO THE MOVIE, both of which focus on the title character’s son, Boruto.

VIZ Media is the North American master licensor for NARUTO and publishes the bestselling NARUTO manga series in print and digitally and also distributes the NARUTO and NARUTO SHIPPUDEN anime series and feature films. Additional information on NARUTO is available at www.Naruto.com.