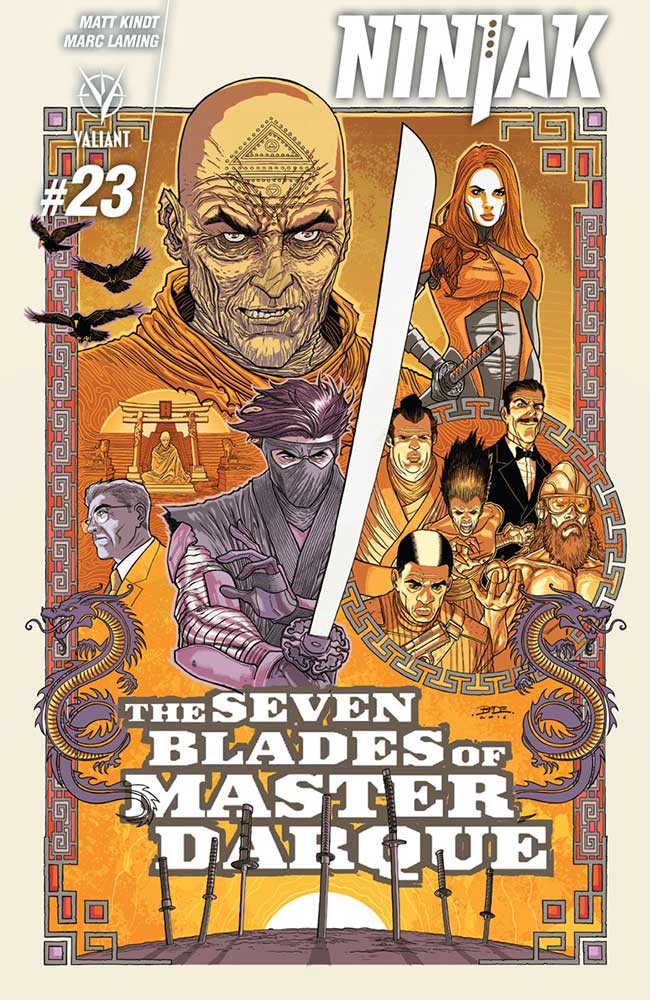 Master Darque and Ninjak are about to go head to head in The Seven Blades of Master Darque – a new arc kicking off in Ninjak #23.

Master Darque – the sadistic lord of death and resurrection – wrests to be free once again, but first he must fight for his life. Darque is a target, his powers are weak, and his enemies know it. Now, Darque’s own former pupil and Ninjak’s ruthless arch-nemesis – the lethal assassin known as Roku – has gathered the Shadow Seven together again for the sole purpose of putting Darque down for good. And the only thing holding their uneasy alliance together is a mysterious benefactor from the shadows… Someone who also goes by the name Darque…

“I’m incredibly excited about the revelations we have in store for THE SEVEN BLADES OF MASTER DARQUE. This is a story we’ve been building towards right from Ninjak’s first issue,” said Valiant Editor in Chief Warren Simons in a press release. “From the truth of Ninjak’s training and origin to the final revelation about the Shadow Seven’s secret final members, Matt and Marc are about to unleash some major, game-changing ramifications that are going to leave jaws dropped.”

Ninjak #23 is written by Matt Kindt with art by Marc Laming. The issue arrives in stores in January!