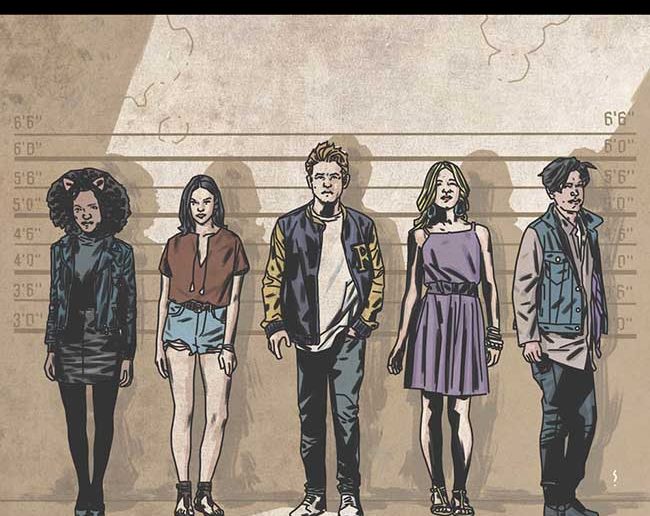 ARCHIE #16
Dilton Doiley, Riverdale’s smartest kid, is in the spotlight—but Reggie Mantle has a vested interest in taking him out! Meanwhile, Cheryl Blossom plans her ultimate revenge against Veronica! JUGHEAD #12
It’s JUGHEAD versus ALL OF RIVERDALE in a race to the finish!  A “video game go-kart race to the finish,” that is.  BUT IT’S STILL EXCITING.  When Reggie convinces everyone to bet that the winner will be King For A Day and everyone has to do what he says, what could possibly go wrong? Well, “Reggie then winning that bet and being in charge of everyone” springs immediately to mind.   SPOILER ALERT: THAT IS TOTALLY A THING THAT HAPPENS!  This start of a new arc features the following: Pals! Conflict!  And making mistakes on the internet which no one NEVER EVER FORGETS!! REGGIE AND ME #2
There are a set of unspoken rules when it comes to dealing with Reggie Mantle. Rules that, when broken, can easily get you on his bad side. Unfortunately for most of the people Reggie encounters, they don’t know these rules. In fact, there’s only one person that does—and it isn’t a person at all, it’s Reggie’s devoted Dachshund, Vader. With half of Riverdale High School having committed the mortal sin of ditching a Mantle house party, Archie and Betty’s attempts at interfering in Reggie’s life, Midge actually pitying Reggie and a friendship request from someone very unexpected, Reggie and Vader are going to have to get a lot smarter about their schemes! 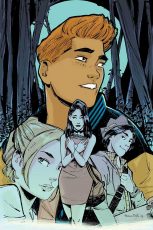 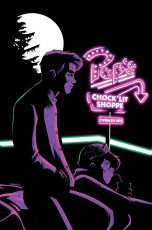 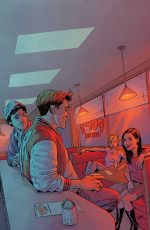 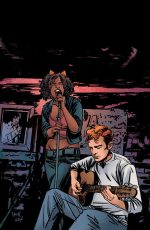 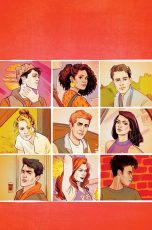 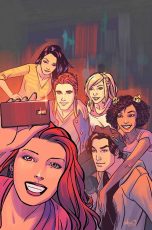 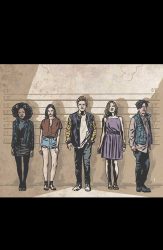 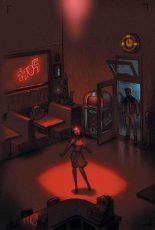 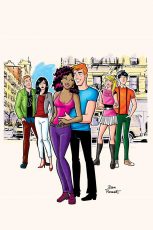 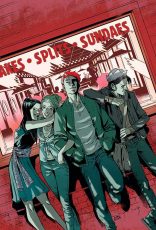 Learn the secrets and hidden tales from the summer before the eternal love-triangle begins in this special issue, which features four short stories focusing on the major players and events in the Riverdale series. You dare not miss this special commemorative issue in advance of the upcoming ongoing Riverdale series, written by Roberto Aguirre-Sacasa (Afterlife with Archie, Chilling Adventures of Sabrina) and the writers of the CW’s Riverdale series, with stunning art by Alitha Martinez (Black Panther)! ROAD TO RIVERDALE (TR)
READ THE STORIES THAT INSPIRED THE NEW CW TV SERIES! In the past two years, the little town of Riverdale has changed in a number of amazing ways. The entire Archie universe has been given a fresh coat of paint and it’s only getting bigger and better from here. Road to Riverdale presents to readers all of the first issues of each of our new series so far, including Archie, Jughead, Betty and Veronica, Josie and the Pussycats, and Reggie & Me, timed to the release of the brand new CW series Riverdale. This graphic novel features riveting stories and dazzling artwork from superstar writers and artists like Mark Waid, Adam Hughes, Marguerite Bennett, Fiona Staples, Chip Zdarsky and much more. You won’t want to miss out on this one-of-a-kind collection that shines the spotlight on the New Riverdale, and serves as the ultimate guide for both new readers and long-time fans. ARCHIE 75th ANNIVERSARY DIGEST #5
Celebrate Archie’s 75th anniversary in a special way with this commemorative digest! This issue is jam-packed some of the best stories featuring Archie, Betty and Veronica and even more of the gals of Riverdale, bonus art pages and fun intros from writers, artists and fans alike. Each anniversary digest is a special collector’s item for every Archie fan! ARCHIE COMICS DOUBLE DIGEST #275
Brand new story! The new game “Cosmo Go!” is all the rage and kids are running all over Riverdale trying to seize rare Cosmo characters to get the biggest prize of all—Cosmo himself!  Pop Tate sees the value in becoming a “COSMO STOP” and tries to get in on the success of the game, but through a mix up thanks to Archie, the Lodge mansion becomes a hot spot, and Mr .Lodge does not feel like playing! Find out what happens in “Cosmo Go!”the fun, new lead story to this comics double digest! ARCHIE’S FUNHOUSE COMICS ANNUAL #24
Brand new story! When Reggie manages to get out of a school charity drive, a little white lie escalates.  Reggie tells the gang he’s on an elaborate trip in Rome, and now he has to fake it! When he gets spotted in Riverdale by one of the gang, how will Reggie get out of this mess he created? Find out in “When in Rome,” the hilarious lead story to this comics annual, featuring even more pages of fun! BETTY & VERONICA JUMBO COMICS DIGEST #250
Brand new story! The girls agree to be bridesmaids when one of their babysitters gets married. But how will they get past the horrific bridesmaids dresses they have to wear? Veronica will not grin and bear it… enter her cousin and fashion maven Harper Lodge! See it all unfold in “Here Come the Bridesmaids,” the awesome new lead story to this JUMBO-sized comics digest! SONIC SUPER DIGEST #19
Ready, steady, go!—it’s Sonic Super Digest! Spin dash into some of Sonic’s grandest adventures from the Sonic the Hedgehog, Sonic Universe and Sonic Boom™ comic series! Join Sonic and his pals, the Freedom Fighters, as they work together to protect the world from the evil Dr. Eggman! Dash into adventures that only Archie Comics and Sonic Super Digest can bring! Featuring awesome cover art by Jennifer Hernandez and story & art from the biggest names in Sonic comics history! SONIC THE HEDGEHOG #291
SONIC and Tails head for ADVENTURE in “Genesis of a Hero” Part Four: Our celebration of the Blue Blur’s 25th anniversary comes to a close with a look back to the most titanic turning point of the Classic Era!  Sonic and Tails have been diverted, trapped and attacked all across Angel Island by the mysterious native called “Knuckles!”  Now, deep in the heart of the island, they confront Dr. Eggman’s latest minion in an all-out brawl! Featuring cover art by Sonic comics veteran Patrick “Spaz” Spaziante plus a “Sonic VS. Knuckles” variant by long-time Sonic comic colorist, Matt Herms! SONIC UNIVERSE #94
The PIRATE PLUNDERING reaches its peak in “Case of the Pirate Princess” Finale: The Chaotix Detective Agency’s deep cover in the pirates’ ranks may be too deep to escape!  In the heart of a long-lost temple, Cpt. Shellbreaker stands poised to find an ancient power.  Can the Chaotix finally rescue Princess Undina?  Can they rescue themselves?  Or will the Chaotix turning pirates be their saving grace?  It all comes to a head in this frantic finale! Featuring cover art and an “Excitement Under the Sea” variant by Mr. Sonic comics, Tracy Yardley!