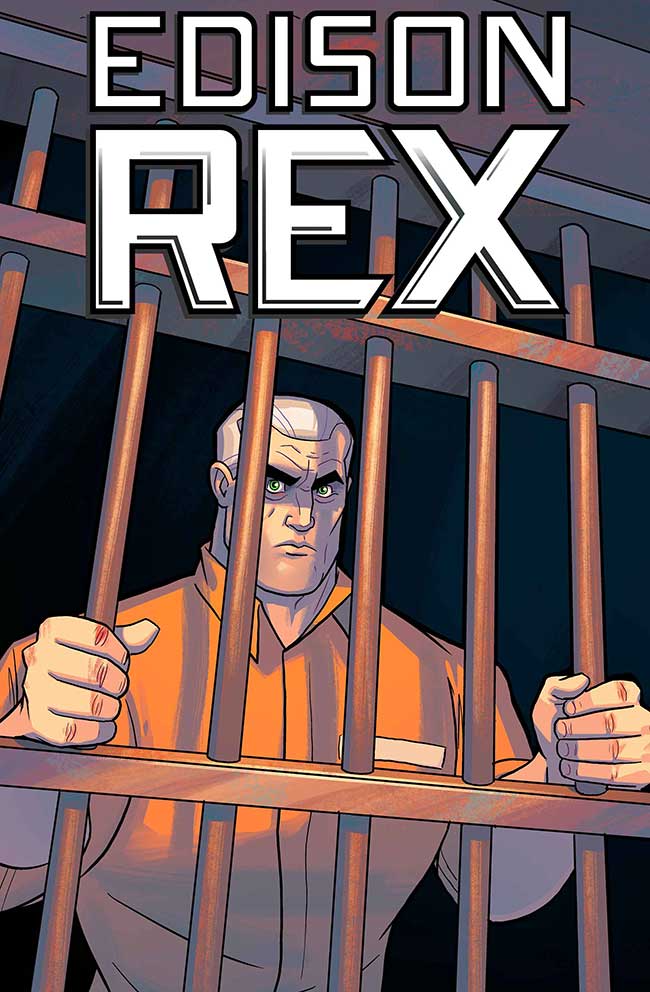 Chris Roberson (co-creator of iZombie) and his collaborator Dennis Culver are pleased to announce their comic EDISON REX will now be available to new readers as a free webcomic while a Patreon funds the creation of the character’s further adventures.

EDISON REX, the story of the world’s greatest villain who appoints himself defender of Earth after defeating the world’s greatest hero, was launched as a digital-first series through Monkeybrain Comics on ComiXology in July 2012, assisted by Stephen Downer on colors, John J. Hill on letters, and Dylan Todd on design. It garnered praise from critics and readers from the start, with USA Today calling it the “best indie book you should be reading,” and Comic Book Resources describing it as “a love letter to superheroes [that]accomplishes a rare feat in action funnybooks: charm.”

Now, four years after the series debuted, it is being relaunched as a free webcomic hosted by Hiveworks at www.edisonrex.net. The full series to date will be serialized on the site, with updates on Tuesdays and Thursdays, and then will be continuing with all new material. In addition, the creators will be offering exclusive Patron-Only content at www.patreon.com/edisonrex, including early access to upcoming issues, behind the scenes looks at works in progress, annotations, commentary, and a shirt-of-the-month from the team’s Threadless Artist Shop, edisonrex.threadless.com/.