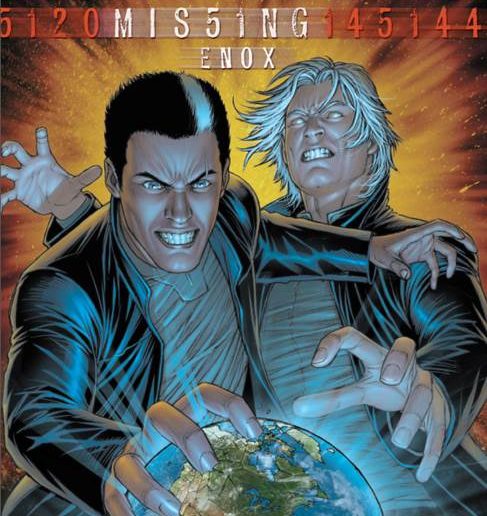 Days Missing: Enox, the final chapter of the Days Missing trilogy arrives in stores in November.

Days Missing: Enox concludes this saga of The Steward, an ancient being whose ability to “fold” time has resulted in critical human events being extracted from our memories and absent from any historical record. Their existence is not remembered, but the events of these days have forever changed the course of human evolution. In this epic finale, the haunting voice of Enox materializes, giving form to the Steward’s nemesis and unquestionable purpose to his existence. Civilization is caught in the crossfire as these two immortals engage in a battle that will forever decide our fate.