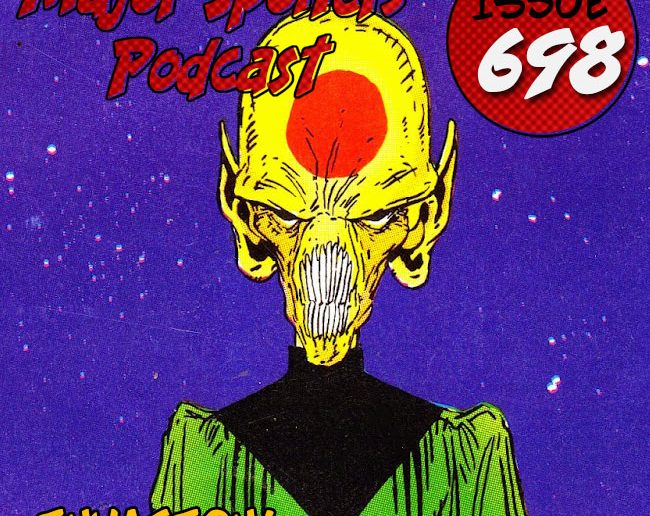 This week on the Major Spoilers Podcast: INVASION! Plus, Death of X #1, Scooby Apocalypse #6, and Angel City #1.

REVIEWS
STEPHEN
ANGEL CITY #1
Writer: Janet Harvey
Artist: Megan Levens
Publisher: Oni Press
Introducing ANGEL CITY, a hard-boiled 1930s noir starring Dolores Dare, previous Hollywood hopeful and current enforcer for the Volante mob. When her best friend turns up dead in a dumpster behind the Chinese Theater, Dolores starts her own investigation of the “April Fool’s Killer.” As she gets closer to the truth, the studios, the corrupt homicide division, and even her own gangland contacts work to cover up the scandal. Has she bitten off more than she can chew?

MATTHEW
Death of X #1
Written by Charles Soule and Jeff Lemire
Art and Cover Art by Aaron Kuder
What happened eight months ago that set the Inhumans and X-Men on a collision course? Find out here! The Inhumans travel to Japan where one of the Terrigen Clouds creates a shocking new Inhuman. The X-Men travel to Muir Island where the second Terrigen Cloud causes something truly terrible. When these two events collide, a war of catastrophic proportions explodes!

ASHLEY
Scooby Apocalypse #6
Written by JM DeMatteis and Keith Giffin
Art by Wellinton Alves, Dale Eaglesham, Howard Porter
Scooby and the gang are under siege! While the minutes tick by as they await the next wave of monsters, Velma does some soul-searching…which leads to some stunning revelations! You’ll never look at her the same again!

DISCUSSION
INVASION!
One of the most epic DC crossover events ever!