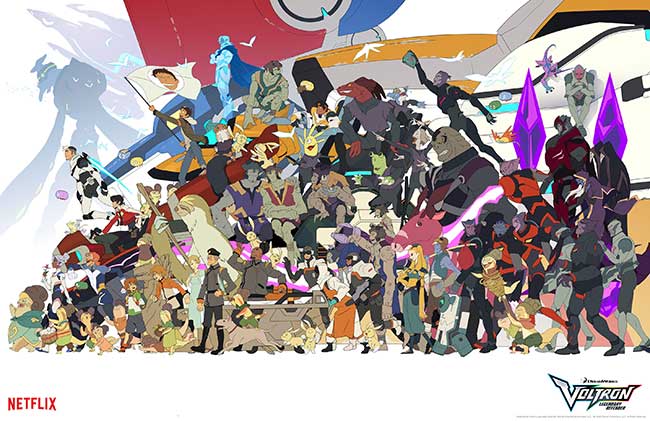 During the Voltron panel at the New York Comic Con, the series creators announced we are getting the second season in a few month.

Following the first season cliffhanger, Season 2 of DreamWorks Voltron Legendary Defender sees the paladins scattered throughout the universe in wake of a tough battle with Zarkon, Haggar and the Galra Empire. The team will face new challenges as they bring mighty Voltron back together and plot to take down Zarkon once and for all when Season 2 premieres on Netflix January 20, 2017.

During the panel, fans were able to watch a full episode an episode and interact with voice actors, Jeremy Shada, who plays Lance, and Bex Taylor-Klaus, who plays Pidge.

I ended up becoming too busy to watch the full season of Voltron, but the parts I did watch were pretty good. Did you get to see the full series? Are you excited about season 2? Use the comment section below to share your thoughts.