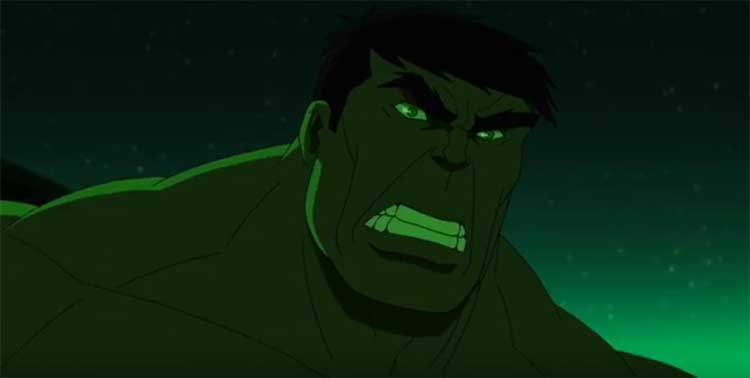 Marvel has announced an all-new feature length, direct to video, animated movie featuring the Hulk and Doctor Strange as they team  with the Howling Commandos to fight Nightmare.

This All Hallows’ Eve, Nightmare is bent on conquering our waking world by crossing through the Dream Dimension, and converting each dreamer into a monster. Can Dr. Strange, Hulk and the Howling Commandoes hold the line and put an end to his nefarious scheme?

In“Marvel’s Hulk: Where Monsters Dwell,” the Green Goliath and Sorcerer Supreme team up with the Howling Commandoes, a supernatural strikeforce, to thwart the villainous plan of Nightmare, the evil, supernatural lord of the Dream Dimension.

The movie arrives on October 21st.

While Where Monsters Dwell is a great name, it is too bad, it isn’t a Marvel Monsters movie based on the comic book series.