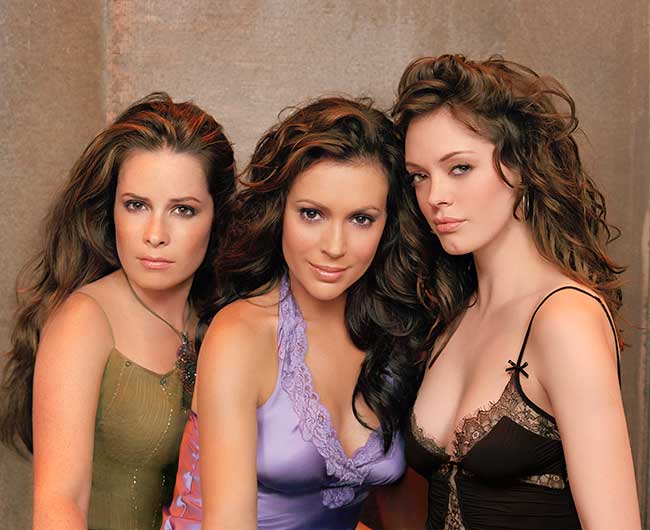 Dynamite Entertainment has announced it has worked out a deal with CBS Consumer Products to produce new comic books based on the Mighty Mouse and Charmed television properties.

Mighty Mouse returns to comics for the first time in 30 years, just in time for the character’s 75th anniversary in 2017! Mighty Mouse was first conceived in 1942 as a parody of another cape and cowl hero introduced a few years earlier, and went on to star in countless animated films for the better part of the next 20 years, finding a new life on Saturday mornings in the 1960’s.

“Mighty Mouse is as much a part of American pop culture as the two characters he is inspired by,” says Nick Barrucci, Dynamite CEO and publisher. “The original comics and animation entertained generations of fans, and with the popularity of superhero movies, there couldn’t be a better time for his return! I am thrilled that Dynamite will be able to bring this timeless hero to a whole new generation of fans.”

Charmed premiered critical acclaim and commercial success, and by the end of its eight-season run, had won numerous awards and aired in more than 20 countries. Charmed follows the Halliwell sisters: three witches, each powerful in her own right, but invincible when they come together to summon The Power of Three. Protecting innocents from the underworld’s demons, the Halliwell sisters battle evil from their family home in San Francisco.

“Charmed is a perfect fit for Dynamite for a number of reasons,” says Dynamite CEO and publisher Nick Barrucci. “We have had tremendous success with cult television properties, and the Halliwell sisters will be right at home. Our plans for these new series are sure to please comics readers and die-hard TV junkies alike!”

At the time of this post, Dynamite Entertainment doesn’t have a planned release date, but expect more news on this in the coming months.