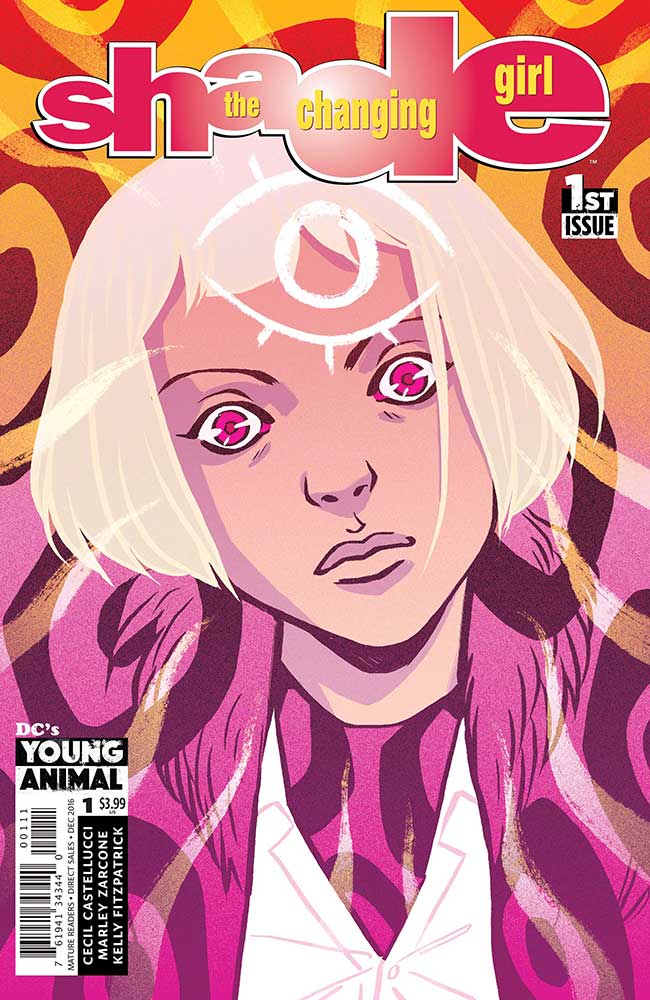 Shade the Changing Girl #1 arrives in stores today! Take the jump for an early look at the issue before you head to your LCS.

SHADE, THE CHANGING GIRL #1
Written by: Cecil Castellucci
Art by: Marley Zarcone
There’s no such thing as a little bit of madness.