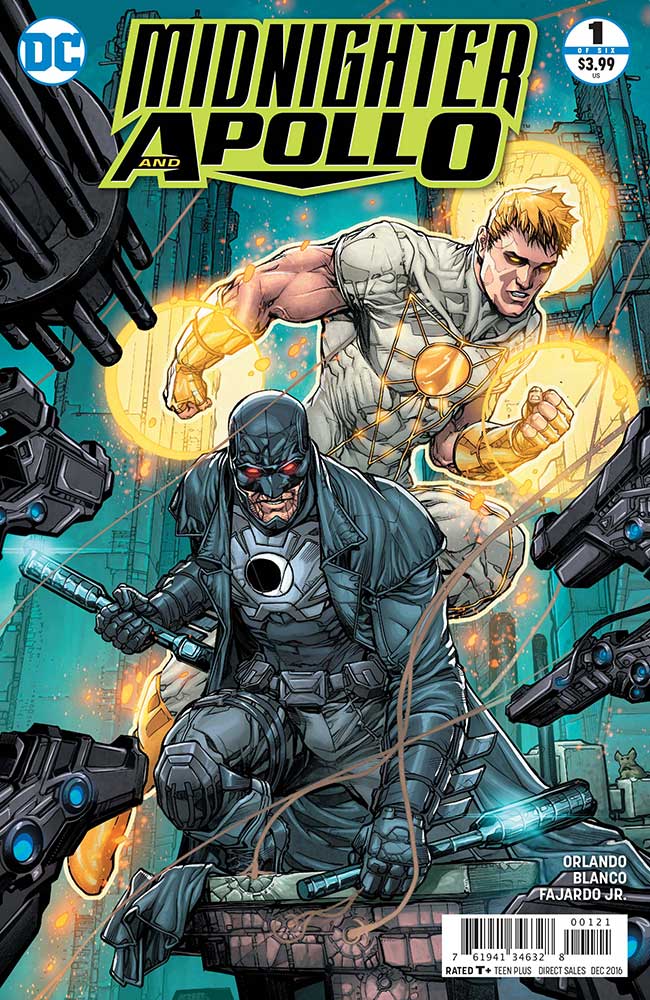 It’s the Midnigher and Apollo series you’ve been asking for, and after the jump there’s a sneak peek, waiting just for you.

MIDNIGHTER AND APOLLO #1
Written by: Steve Orlando
Art by: Fernando Blanco
U.S. Price: $3.99
You wanted it? You got it—six more issues of Midnighter madness! Together again after too long apart, Midnighter and Apollo take on subway pirates in Los Angeles and demons in Opal City…but their reunion is about to take a shocking turn and send them both on an epic journey beyond all belief!