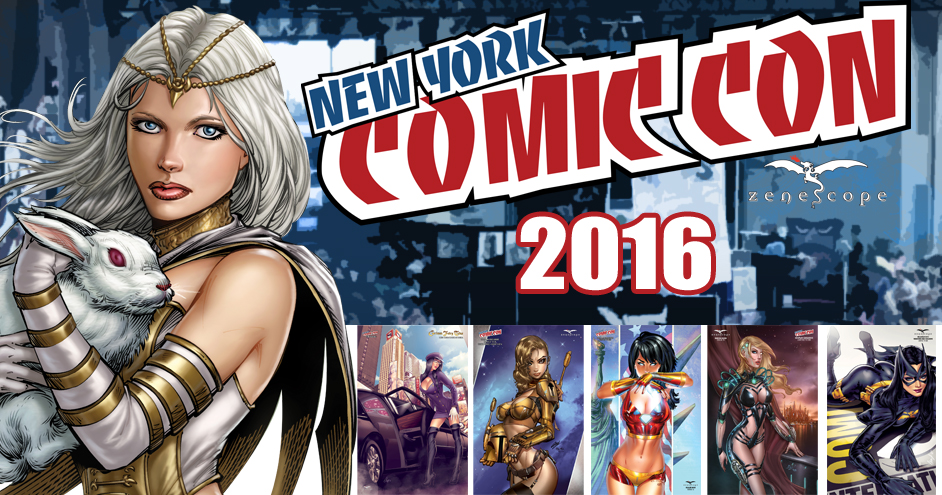 Over the past few years, Zenescope’s ROBYN HOOD has become one of the comic book industry’s iconic characters, and now she finally arrives in her home city of New York! Join us in Room 1B03 at 7:45 PM to 8:45 PM Saturday Night 10/8/16 where Zenescope co-founder and Robyn Hood co-creator, Ralph Tedesco along with series writers Pat Shand & Lou Iovino discuss the inception and evolution of Robyn Hood. Also, be ready for a special surprise screening that the team will unveil during the panel! The first 75 in attendance will receive a limited edition poster and everyone in attendance will get a free ROBYN HOOD: I LOVE NY #1 comic book.

The Silent Auction takes place at the Zenescope booth #1906 from Thursday through Saturday. Proceeds will be donated to C.O.P.S., a non-profit that provides services to family members and co-workers of fallen police officers. Original Ink Cover Art by David Lorrenzo Riveiro is featured and the auction closes at 7pm Saturday. The winner will be announced on Sunday the 9th. Also on hand at the booth is the exclusive, limited-edition C.O.P.S. T-shirt featuring artwork by David Lorrenzo Riveiro.

Joe Brusha and Ralph Tedesco started out writing screenplays together about fifteen years ago but the two eventually came up with the idea that evolved into Zenescope Entertainment. The company was founded in 2005 and has become one of the most recognized independent comic book and graphic novel publishers in the world. Ralph and Joe’s edgy and non-traditional brand of story-telling sets them apart from the pack.

Zenescope’s Grimm Fairy Tales and subsequent spinoff series such as Oz, Wonderland, Neverland and Robyn Hood, which re-imagine classic fables, are some of the best-selling and longest-running original independent comic books on shelves today. Zenescope publishes and develops both original and licensed material and has worked with dozens of clients that include Discovery Channel, History Channel, CBS, Lionsgate TV, Mandalay Vision, New Line Cinema, Titmouse Studios and many others.

Zenescope Entertainment has brought an exciting new feel to comics and are proud to have such a devoted fan base coming along for the ride.