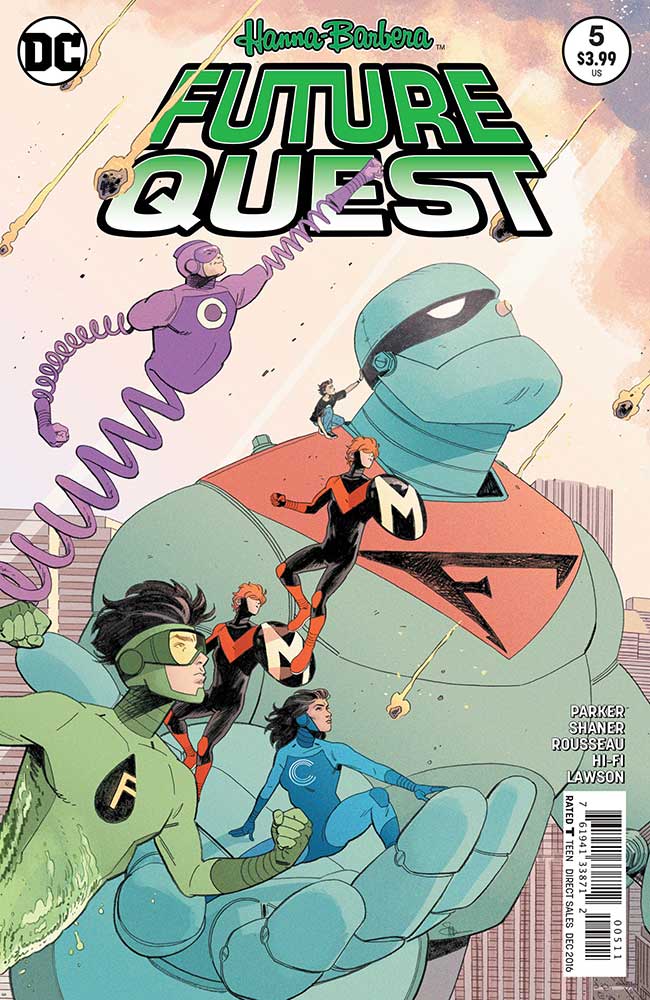 It’s been a fantastic run so far, and we’re sure the fun will continue in this week’s Future Quest #5.  Take the jump for a sneak peek.

FUTURE QUEST #5
Written by: Jeff Parker
Art by: Evan “Doc” Shaner
U.S. Price: $3.99
Team Quest is dealt a serious blow at the hands of FEAR just as Omnikron starts rebuilding itself on Earth—out of anything living that comes too close! Inter-Nation’s Deva Sumadi takes charge and splits the group up to go recruit more forces to take on the alien supercreature. It’s time to go on tour with The Impossibles and meet the biggest fighting force in the world, Frankenstein, Jr.!