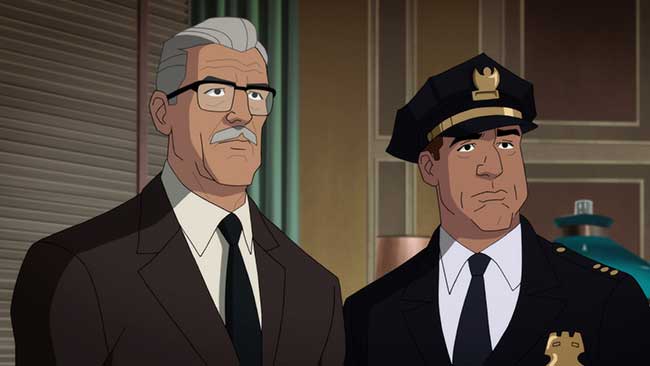 You already know Burt Ward, Adam West, and Julie Newmar are reprising their roles at Robin, Batman, and Catwoman for the upcoming Batman: Return of the Caped Crusaders, but will you recognize the other talented actors lending their voices to the movie?

In addition to Weber and Lennon, the cast includes:

Batman: Return of the Caped Crusaders arrives on Digital HD on October 11th, and on Blu-ray and DVD on November 1st.