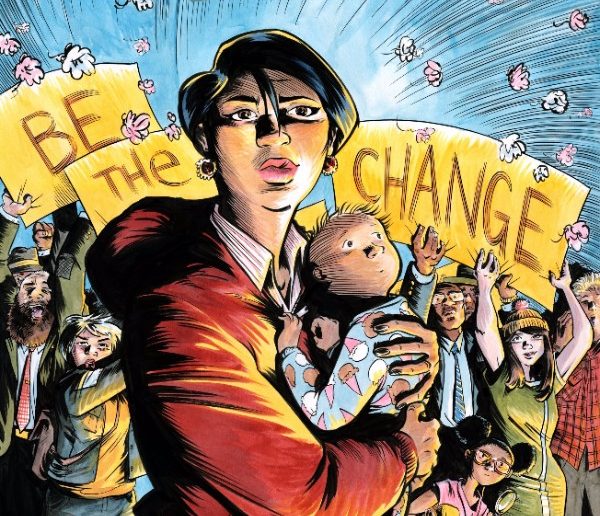 Image Comics and the Comic Book Legal Defense Fund are proud to present LIBERTY ANNUAL 2016, coming this November. Shipping on the eve of the U.S. election, this year’s installment of CBLDF LIBERTY ANNUAL is a call to optimism that celebrates real people whose efforts changed the world.

“Our mission was to create a comic that is an honest tonic to the overwhelming negativity that defines our current cultural climate,” said CBLDF Executive Director and LIBERTY ANNUAL 2016 co-editor Charles Brownstein. “With the creators in this book, we worked to inspire readers by telling true stories of people who made a difference in the world and who celebrate how each of us can be the change we want to make.”

From suffragettes to sports legends, creative visionaries to courageous citizens who took a stand, the subjects of CBLDF LIBERTY ANNUAL 2016 are brought to life by extraordinary creators. Subjects include:

“The first step to changing the culture is to change the narrative,” said SHUTTER creator and co-editor Joe Keatinge. “Each comic profiles one person who positively influenced humanity in some way—some big, some small—and in doing so reminds us we’re not separated from the world at large. We’re part of it. And we can change it.”

All proceeds from this benefit anthology support Comic Book Legal Defense Fund’s important work protecting the freedom to read, including current efforts to challenge and clarify legislation affecting retailers in Louisiana and California, as well as First Amendment emergencies affecting creators, readers, librarians, and educators throughout the United States. 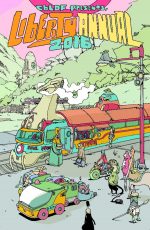 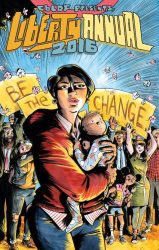 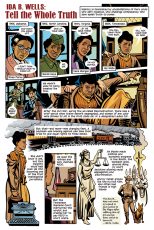 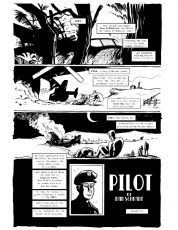 ABOUT CBLDF
Comic Book Legal Defense Fund is a non-profit organization protecting the freedom to read comics! Our work protects readers, creators, librarians, retailers, publishers, and educators who face the threat of censorship. We monitor legislation and challenge laws that would limit the First Amendment. We create resources that promote understanding of comics and the rights our community is guaranteed. Every day we publish news and information about censorship events as they happen. We are partners in the Kids’ Right to Read Project and Banned Books Week. Our expert legal team is available at a moment’s notice to respond to First Amendment emergencies. CBLDF is a lean organization that works hard to protect the rights that our community depends on. Please support our important work! http://cbldf.org