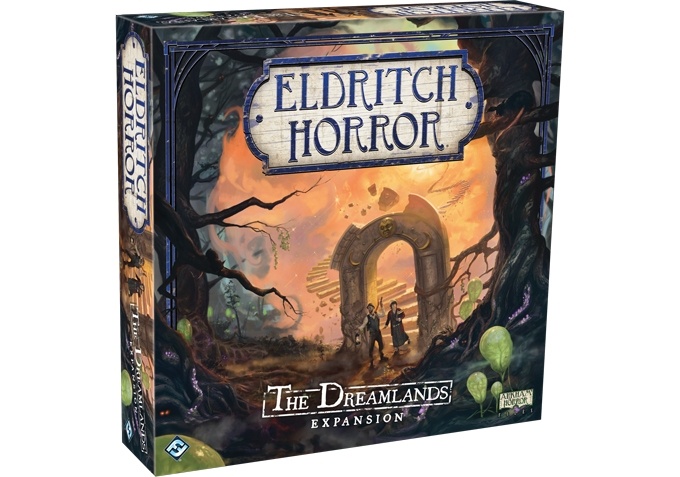 [Gaming] Eldritch Horror goes to The Dreamlands with new expansion

By Stephen Schleicher on September 29, 2016 0 Comments

Eldritch Horror is the game that keeps making me insane each and every time I play it. Then again, that is kind of the point of the game. The expansions released so far have been a blast, and early next year, we’ll be able to go to The Dreamlands.

The Dreamlands is a vast, alternate dimension that can be entered through dreams, similar to astral projection. Experienced dreamers are among the most powerful inhabitants of the Dreamlands and may become its permanent residents after their physical deaths.

The Dreamlands are apparently divided into four regions:

Other locales include the Underworld, a subterranean region underneath the Dreamlands inhabited by various monsters; the Moon, accessible via a ship and inhabited by toad-like “moon-beasts” allied with Nyarlathotep; and Kadath, a huge castle atop a mountain and the domain of the “Great Ones”, the gods of Earth’s Dreamland. The Dreamlands is a new side board, where players will find two new Ancient Ones: Altach-Nacha the Dreamweaver, who seeks to merge reality and the Dreamlands, and Hypnos, the Lord of Sleep, whose whispers drive sleepers mad.

The Dreamlands expansion is scheduled to arrive in the first quarter of 2017, with an SRP of $49.95.