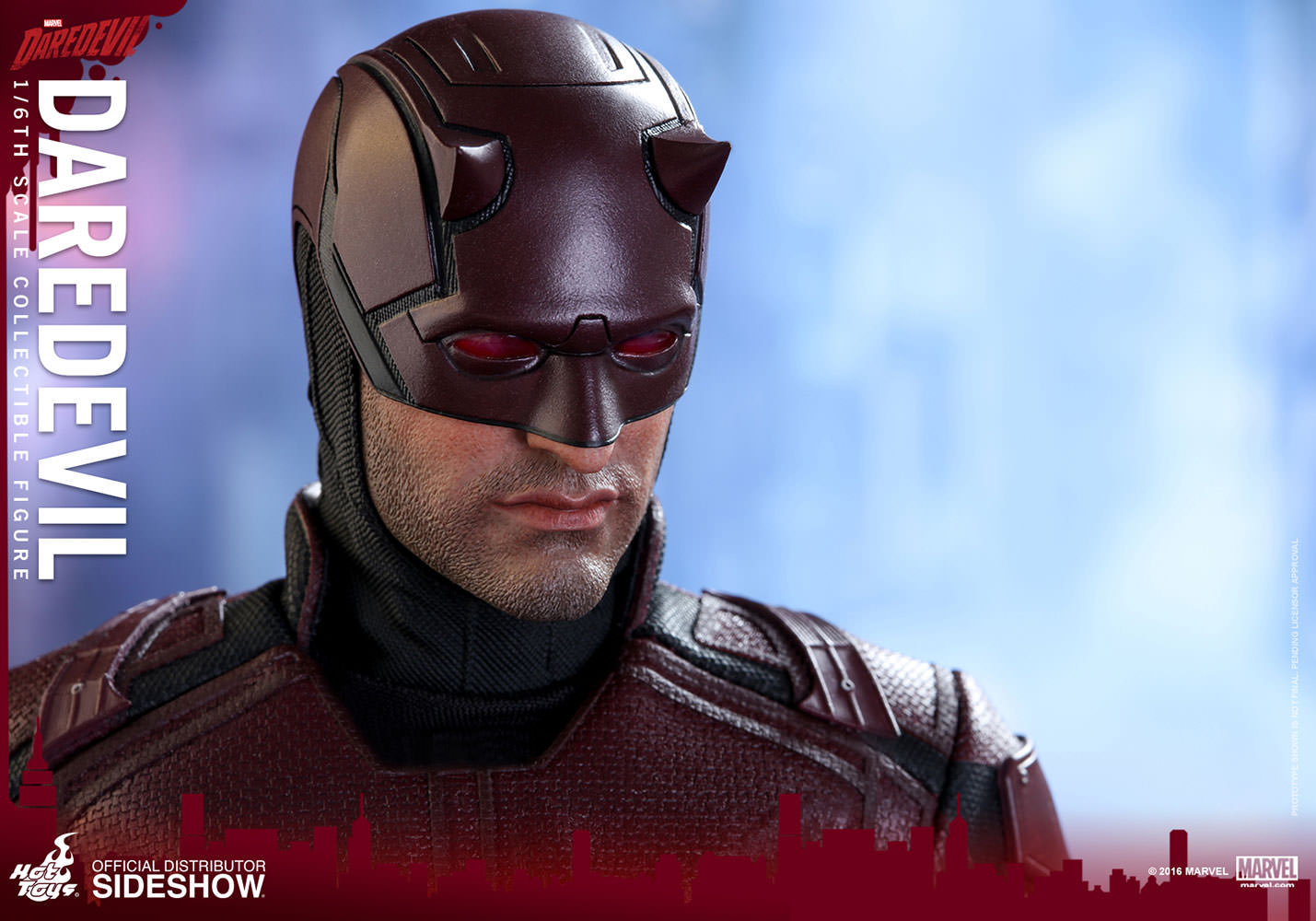 You know you want your very own Man Without Fear in your Nerd Room of Doom, and now you can make it happen without raising alarms or getting the long arm of the law involved as Hot Toys and Sideshow Collectibles have revealed the sixth-scale Daredevil figure.

The screen accurate collectible figure is specially crafted based on the image of Charlie Cox as Matt Murdock / Daredevil in Season 2. Featuring a newly developed head sculpt with 2 interchangeable facial expressions, a meticulously tailored Daredevil suit, the Billy Club in extended and nunchaku modes, and a specially designed figure stand with character backdrop.

One (1) meticulously tailored Daredevil suit with detailed patterns and layers
One (1) thigh holster for Billy Club
One (1) pair of black boots
Weapons: