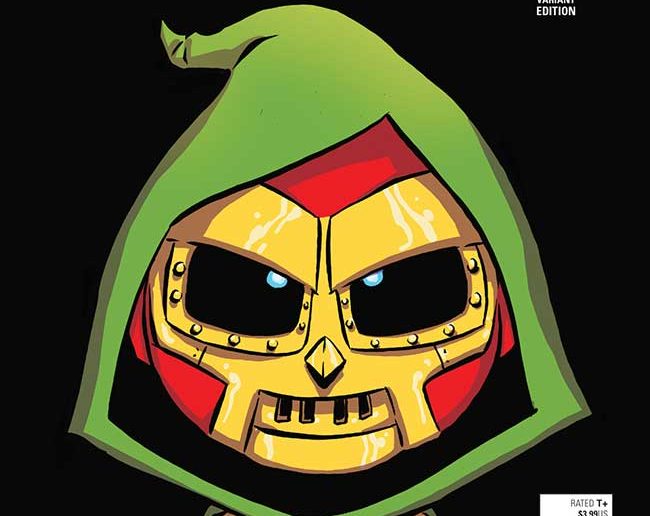 GASP! DOCTOR DOOM IS THE INFAMOUS IRON MAN!? HOW CAN THIS BE!? Marvel sent Major Spoilers a sneak peek of Infamous Iron Man #1, that may give you the answer…

INFAMOUS IRON MAN #1 (AUG160767)
Written by BRIAN MICHAEL BENDIS
Art & Cover by ALEX MALEEV
Variant Covers by ESAD RIBIC (AUG160768) and SKOTTIE YOUNG (AUG160770)
Action Figure Variant by JOHN TYLER CHRISTOPHER (AUG160769)
Teaser Variant by MIKE DEODATO (AUG160771)
Champions Variant by MIKE MCKONE (AUG160772)
Hip-Hop Variant by ANTHONY PIPER (AUG160773)
There’s a new Iron Man in town, and he’s coming your way in INFAMOUS IRON MAN #1 – the all-new ongoing series from the blockbuster, Eisner Award-winning creative team of Brian Michael Bendis and Alex Maleev! It’s time for the greatest villain in the Marvel Universe to try something…new. Where Tony Stark failed, Victor Von Doom will succeed! Only, how will the rest of the world’s heroes take to their deadliest foe masquerading as their greatest champion? The question remains – has the one-time Doctor Doom truly turned over a new leaf, or is this just the next step in his master plan? 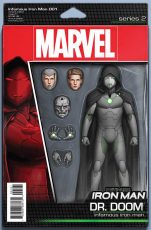 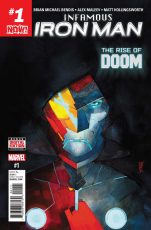 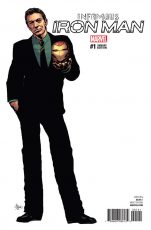 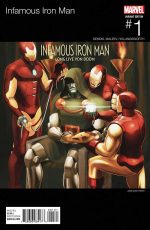 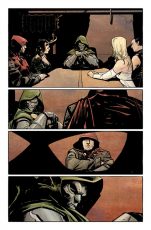 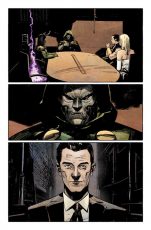 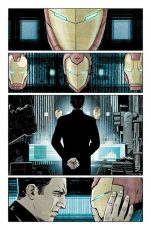 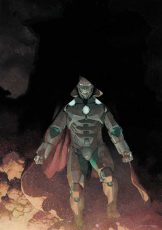 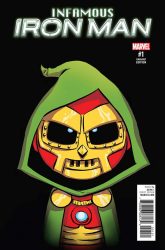