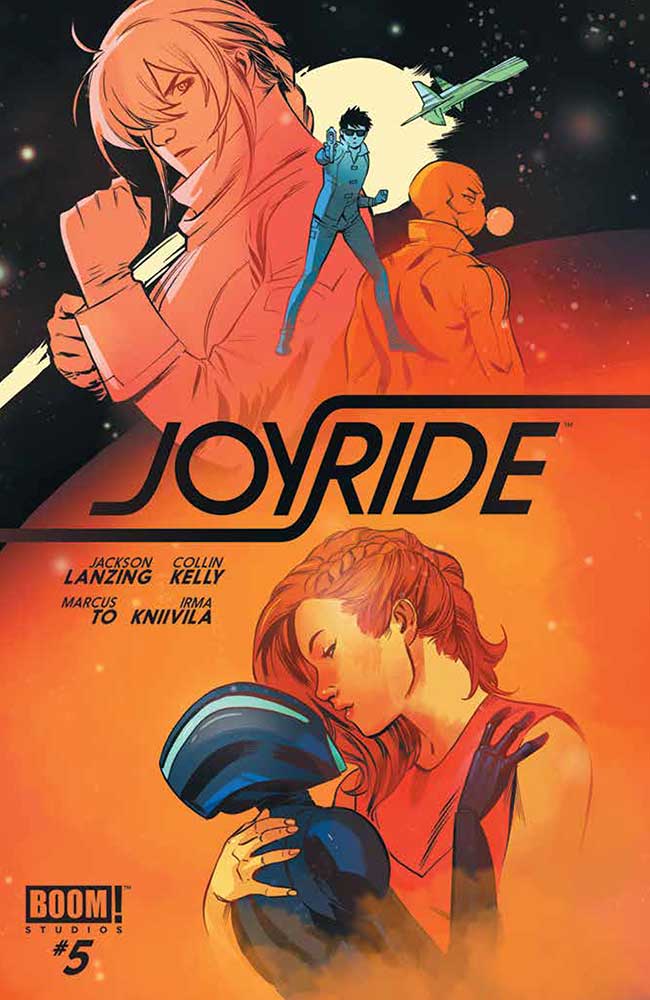 Joyride is now an ongoing series, and we have a sneak peek of Joyride #5 from BOOM! Studios.

Joyride #5
Publisher: BOOM! Studios
Writers: Jackson Lanzing & Collin Kelly
Artist: Marcus To
Cover Artist: Marcus To
Price: $3.99
Synopsis: Now an ongoing series! After the chaotic series of events in volume 1, the team goes to an unexplored planet to relax. It’s a gas giant with large floating continents that also happen to be alive but unbeknownst to the team, the planet also has a chemical compound in the air that begins to affect them. How so? Well, love is in the air.