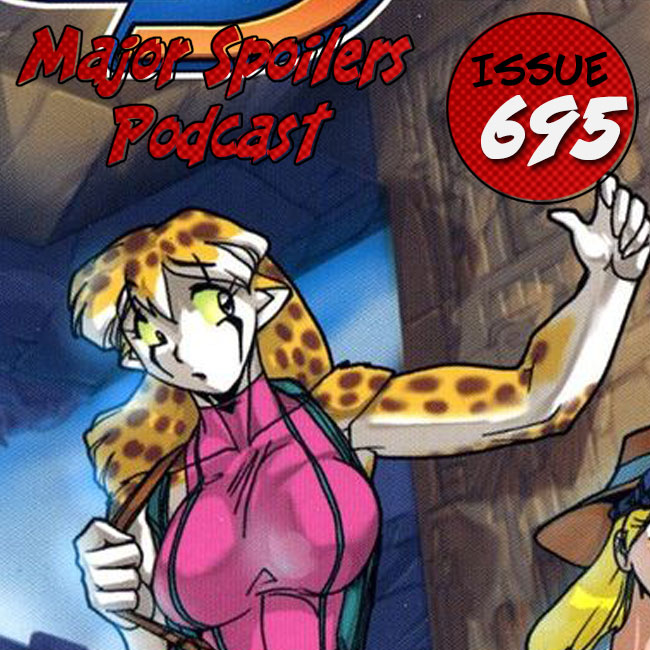 This week on the Major Spoilers Podcast: Because YOU demanded it – GOLD DIGGER! Also, Thomas Perkins’ If, Blair Witch, and The Art of Recore. Plus, whatever happened to Tim Drake? We tell all from Detective Comics #940. 10 MILLION COMICS SOLD!

REVIEWS
STEPHEN
IF
Thomas Perkins
From the mind of Emmy® Award winning artist Thomas N. Perkins IV comes an all new collection of aliens, mythological beasts and bootleg super heroes in "IF...". This hardcover book has 94 jam-packed pages of eye bending illustrations leaping from every page with a foreword by The Book of Life director Jorge R. Gutierrez.

MATTHEW
Detective Comics #940
Writer: James Tynion IV
Artist: Eber Ferreira and Eddy Barrows
Publisher DC Comics
'Rise Of The Batmen” part 7! This epic concludes with a battle against the Colony that will change Batman’s world forever—and in a way you’d never expect! Whether they win or lose, they’ve already lost…

RODRIGO
THE ART OF RECORE HC
From the legendary makers of Metroid Prime comes ReCore, an action-adventure game that pits the player against devious robotic foes while forging friendships with a courageous group of uniquely powerful robot companions!

Now, Dark Horse Books presents this comprehensive volume, examining the art and inspiration behind this mysterious and dynamic world with The Art of ReCore!

* Featuring commentary from the game’s creators!
* The essential companion to the highly anticipated game!
* Collecting hundreds of pieces of never-before-seen art!

ASHLEY
BLAIR WITCH
Directed by: Adam Windgard
A young man and his friends venture into the Black Hills Forest in Maryland to uncover the mystery surrounding his missing sister. Many believe her disappearance 17 years earlier is connected to the legend of the Blair Witch. At first the group is hopeful, especially when two locals act as guides through the dark and winding woods. As the night wears on, a visit from a menacing presence soon makes them realize that the legend is all too real, and more sinister than they could have ever imagined.

DISCUSSION
GOLD DIGGER POCKET MANGA VOL. 2
Gina "Gold Digger" Diggers and her adopted were-cheetah sister, Britanny, journey to an ancient Persian temple where they meet Genn the Rakshasa, fight a daemon mouse, and pick up a nasty curse. A bold experiment to remove the curse from them results in a deadly clone-fusion of the two, Grave Digger!