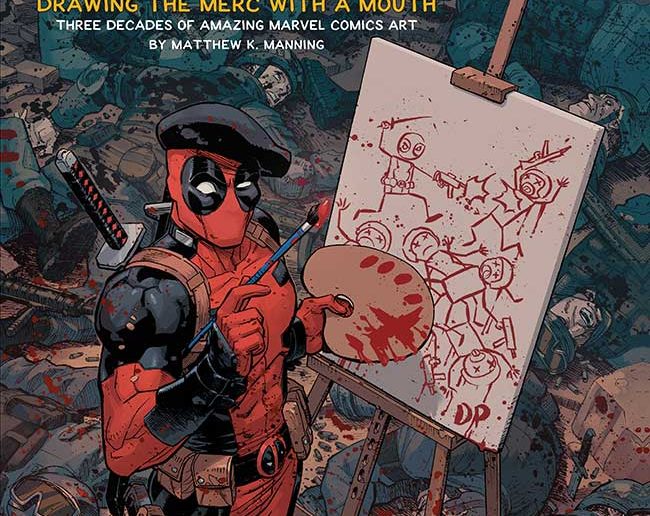 Deadpool: Drawing the Merc with a Mouth celebrates over twenty years of Deadpool comic art, showcasing iconic covers, stunning panels, and other amazing art from the Marvel Comics archives.

Originally created by Rob Liefeld and Fabian Nicieza as a minor villain for a spin-off X-Men comic, Deadpool has since gone on to become a cult phenomenon, headlining several ongoing comic book series and causing irreverent mayhem throughout the Marvel Comics universe. For the first time, Deadpool: Drawing the Merc with a Mouth tells the full story of the character’s creation and evolution through interviews with the artists and writers who made him what he is today, including Fabian Nicieza, Mark Waid, Joe Kelly, and Reilly Brown. Filled with stunning art that showcases Deadpool’s off-the-wall comics career, from his origins in the pages of The New Mutants to his outlandish adventures with the Deadpool Corps and his team-ups with Marvel Comics A-listers such as Spider-Man and Wolverine, this book is a visually striking journey into Wade Wilson’s bizarre world.

Featuring an exclusive cover by legendary Deadpool artist Reilly Brown and a selection of art that’s more mouthwatering than a bucket of chimichangas, Deadpool: Drawing the Merc with a Mouth is an essential addition to the collections of comic book fans everywhere. 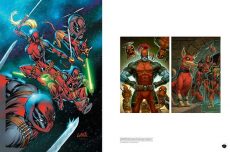 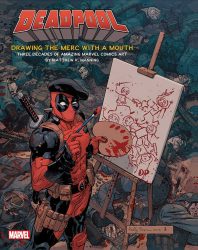 This deluxe book also comes with an exclusive print of the Reilly Brown cover art, and arrives on shelves on October 25, 2016.

Matthew K. Manning is a comic book writer, historian, and fan. He has written many comics for Marvel and DC Comics, including Beware the Batman, Batman, The Batman Strikes!, Legion of Super-Heroes in the 31st Century, Spider-Man Unlimited, and Marvel Romance Redux. When not writing comics themselves, he writes books about the comic book medium and its rich history. He lives in Asheville, North Carolina, with his wife, Dorothy, and their two daughters, Lillian and Gwendolyn.

Insight Editions celebrates cultural milestones in film and television, gaming, music, art, comics, and sports through immersive and imaginatively designed books, collectibles, journals, scrapbooks, and other innovative offerings. By combining the highest quality production values with the time-honored traditions of publishing rich subject matter, Insight Editions is committed to creating unique products that offer readers engaging new ways to experience their favorite films, games, or artists. Beautifully designed and informative, products from Insight allow fans to learn and use their imagination to create and expand beyond familiar worlds. For more information, visit www.insighteditions.com.