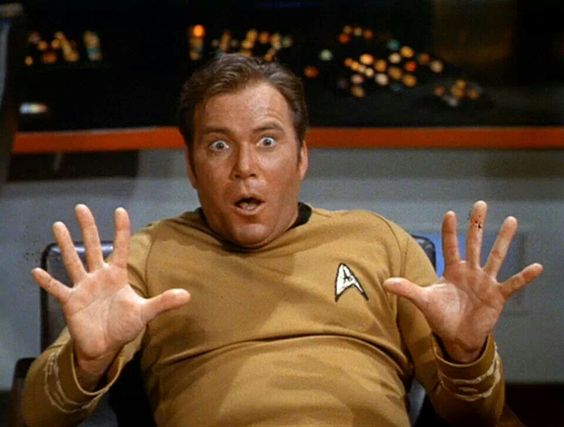 Star Trek fans may be freaking out a bit more than usual today after CBS announced it is bumping the new Star Trek: Discovery series from a January 2017 launch to May 2017.

In a press release sent from CBS yesterday, executive producers Alex Kurtzman and Bryan Fuller stated, “We aim to dream big and deliver, and that means making sure the demands of physical and post-production for a show that takes place entirely in space, and the need to meet an air date, don’t result in compromised quality. Before heading into production, we evaluated these realities with our partners at CBS and they agreed: ‘Star Trek’ deserves the very best, and these extra few months will help us achieve a vision we can all be proud of.”

With the 50th anniversary of Star Trek now a thing of the past, it is a shame to see the network seemingly fumble the ability to capitalize on the franchise when it is more on the public’s mind than ever before. I don’t know what is going on with CBS All Access, but I wonder if lower than expected subscriber base has the network rethinking plans to release the show via paid online service.

Still, with a May release, right at the tail end of spring finales and the beginning of the summer season, there could easily be a bigger bump in viewership than launching the series in January when football, basketball, and all of the really cool CW shows return to the airwaves.

Are you upset by this news? Use the comment section below to sound off!

HERE IS THE FULL PRESS RELEASE:

The highly anticipated STAR TREK: DISCOVERY will now launch in May 2017. The new premiere date is driven by the belief of the creative team that this gives the show the appropriate time for delivery of the highest quality, premium edition of the first new “Star Trek” TV series in over a decade.

“Bringing ‘Star Trek’ back to television carries a responsibility and mission: to connect fans and newcomers alike to the series that has fed our imaginations since childhood,” said executive producers Alex Kurtzman and Bryan Fuller. “We aim to dream big and deliver, and that means making sure the demands of physical and post-production for a show that takes place entirely in space, and the need to meet an air date, don’t result in compromised quality. Before heading into production, we evaluated these realities with our partners at CBS and they agreed: ‘Star Trek’ deserves the very best, and these extra few months will help us achieve a vision we can all be proud of.”

Following its May 2017 premiere on the CBS Television Network, all episodes of STAR TREK: DISCOVERY will be available in the U.S. exclusively on CBS All Access. Continuing the worldwide appeal of the franchise, each episode of the series will be available globally within 24 hours of its U.S. premiere, presented on Netflix in 188 countries and through Bell Media platforms in Canada.

In addition, CBS All Access announced today that their new edition of “The Good Wife” will debut in February 2017, essentially switching launch windows with STAR TREK: DISCOVERY providing two highly anticipated original premieres in the first half of 2017. The new “Good Wife” will premiere with a special broadcast on the CBS Television Network, and then move exclusively to CBS All Access. As previously announced, the new series will pick up one year after the events of the final episode of “The Good Wife.” The new series will star Emmy Award-winner Christine Baranski, who will reprise her role as the beloved Diane Lockhart, joined by fan-favorite Cush Jumbo as Lucca Quinn, along with the introduction of new characters as the story evolves.

In addition to STAR TREK: DISCOVERY and the new edition of “The Good Wife,” CBS All Access is also launching a new digital edition of BIG BROTHER, called BIG BROTHER: OVER THE TOP, on Sept. 28.

“We have an amazing inaugural slate of originals for CBS All Access and world-class creative teams behind each of our shows,” said Marc DeBevoise, President and Chief Operating Officer, CBS Interactive. “This line-up and release schedule will ensure we deliver the highest quality, premium series that are sure to appeal to both existing subscribers and new audiences alike, throughout the year.”

CBS All Access is the CBS Television Network’s digital subscription video on-demand and live streaming service. In addition to its upcoming original series, CBS All Access gives CBS fans the ability to watch more than 8,500 episodes on demand – spanning current shows from primetime, daytime and late night, as well as past seasons of select series and classic TV hits. CBS All Access is currently available online at CBS.com, on mobile devices via the CBS App for iOS, Android and Windows 10, and on Roku Players, Apple TV, Chromecast, Android TV, Xbox 360, Xbox One and Fire TV.

CBS All Access will continue to expand its lineup of original series with additional programming to be announced.

CBS Television Studios is one of the industry’s leading suppliers of primetime and late-night programming for broadcast, basic and premium cable. The Studio’s roster of primetime programs includes the phenomenally successful NCIS franchise; the critically acclaimed series Madam Secretary, Jane The Virgin, Crazy Ex-Girlfriend and Reign; the hit dramas Elementary, Blue Bloods, Hawaii Five-0 and Scorpion and the summer series ZOO. The Daytime Emmy Award-winning talk show THE TALK and the late-night talk shows THE LATE SHOW with STEPHEN COLBERT and the four-time Emmy-nominated THE LATE LATE SHOW with JAMES CORDEN make up the Studio’s daytime and late-night roster. For CBS All Access, CBS Television Network’s subscription video on-demand and live-streaming service, the Studio produces the highly anticipated Star Trek: Discovery, as well as the upcoming spinoff of one of broadcast television’s most acclaimed dramas, “The Good Wife.” The Studio’s new series for broadcast during the 2016-2017 season are Bull, Doubt, The Great Indoors, Kevin Can Wait, MacGyver, Man With A Plan and Pure Genius, for the CBS Television Network; No Tomorrow for The CW; and Incorporated for Syfy. Most recently, the Studio announced that Apple Music will be the global home of the Carpool Karaoke series, the wildly successful and viral hit segment from THE LATE LATE SHOW with JAMES CORDEN. The Studio will also produce the popular LATE LATE SHOW segment “Drop the Mic” as well as the comedy anthology “The Guest Book,” both picked up to series for TBS.

CBS Interactive, a division of CBS Corporation, is the world’s largest publisher of premium digital content and a perennial top 10 internet company. CBS Interactive’s brands span popular categories like technology, entertainment, sports, news and gaming. Properties include the websites, apps and streaming services of the CBS Television Network such as the CBS All Access subscription service, the 24/7 digital news network CBSN, and CBS Sports’ digital brands as well as digital-first properties in key content verticals, including CNET, TVGuide.com, GameSpot, Last.fm, Metacritic and Chowhound. Follow CBS Interactive on Twitter at twitter.com/cbsi and on Facebook.