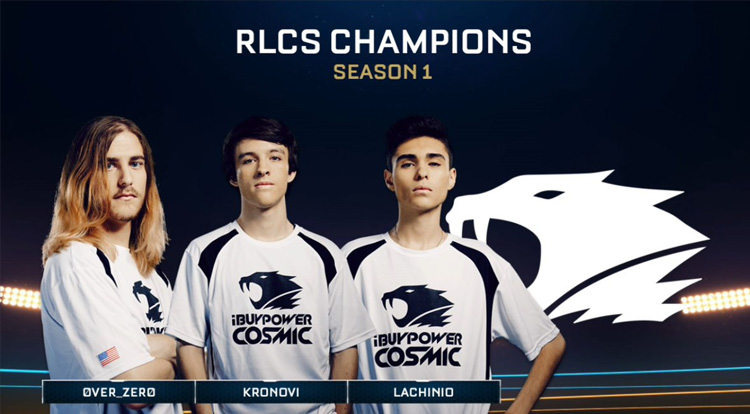 First to have a corporate sponsor. First to be crowned Rocket League World Champions. And now, G2 Esports has made iBUYPOWER Cosmic the first team to be signed by a premier Esports club.

Kronovi, 0verZer0, and Lachino might be household names to competitive Rocket League fans, but they are about to get a lot more exposure to the Esports scene overall now that they are signed to G2 Esports. The premier club is most known for their success in the League of Legends scene, but also has ties to CS:GO, Hearthstone, Vain Glory, and Super Smash Bros, but is taking a bold step into competitive Rocket League.

The signing comes at the best time for all parties involved as the champions will start their climb back to the top this weekend when Season Two of the Rocket League Championship Series begins play. With the lineup from iBUYPOWER Cosmic not changing in the slightest, these three are certainly going to be the favorite in each match this weekend.

“G2 is the embodiment of competitive gamers. We thrive to be the champions in every game. It comes with no surprise that our next team also represents that philosophy, as they are already the Rocket League World Champions – but, this is just the beginning for them, young and hungry, they want more. It’s a pleasure for me that G2 is being the first premiere club in RL. We will do everything in our power to help our players grow and the scene grow. Let’s play some ball with rocket powered cars!”

Rocket League certainly is not the largest esport scene in the world, not even close really, but G2 making this move will draw more attention to the game. Even though the game has only been released for a year, the RLCS finals drew big numbers on Twitch, which makes sense seeing as Rocket League is only a small rocket-power vehicle jump away from the most popular sport in the entire world, soccer With the right push from key players and a competitive pro scene, Rocket League could easily pull in the casual sports fan for a fun afternoon of watching top tiered play.

In case you have never seen Rocket League, take a look at a highlight reel from G2 Esports newest player and World Champion Lachino.