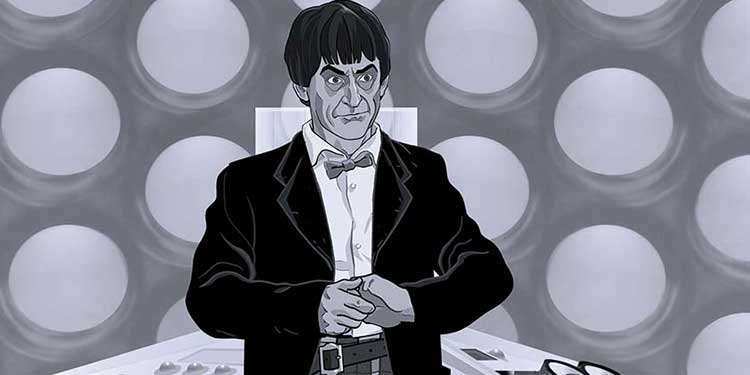 [Television] Lost Doctor Who episodes are coming back to life

Way back in the long ago times, television shows were thought to have little to no shelf life. After all, why would anyone ever want to watch a television show again – especially that weird BBC sci-fi history series, Doctor Who. So, networks and stations habitually tossed out old tapes or bulk erased years of the series to make room in their crowded tape libraries.

While many of the lost episodes of Doctor Who have been found, The Power of The Daleks, featuring the first regeneration of the Doctor transforming from William Hartnell to the second Doctor, Patrick Troughton, have been lost to the ages. Fortunately, the audio recording of those six episodes have survived, and the BBC is giving fans a chance to relive the tale in animated form.

Using the audio recordings, photographs, and a few surviving film clips, the BBC has created an animated version that will arrive on BBC America on Saturday November 12. Doctor Who: The Power of the Daleks is produced and directed by Charles Norton, with character designs by comic book artist Martin Geraghty and Adrian Salmon.

“The Power of the Daleks animation is the most ambitious Doctor Who archive restoration ever attempted and we’re all very honored to be a part of such an exciting project,” said Norton. “Intelligent, suspenseful and magnificently staged, The Power of the Daleks is one of the great lost classics of 1960s television and a superb example of the black and white era at its finest.”

The Power Of The Daleks | Coming Soon | Doctor Who

A brand new animation of The Power of the Daleks will be released fifty years after its original transmission. Read the full story here: http://www.doctorwho…

The style looks great, and an animated version of the episode, using the voices of the original cast, is better than nothing at all. And, if someday those missing episodes are ever discovered, then we’ll have a whole new reason to celebrate Patrick Troughton’s performance.