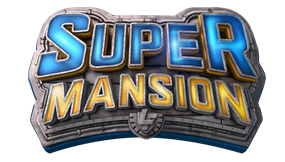 Crackle’s SuperMansion, the stop-motion comedy that pokes fun at the superhero genre, is getting its own comic book from Titan Comics.

“SuperMansion” follows the adventures of Titanium Rex (voiced by Cranston, who’s also the series’ executive producer) as he struggles to live with and fight alongside the Millennial-aged, often lackadaisical members of The League of Freedom.

“SuperMansion” has it all; playful, yet acerbic commentary on the superhero genre, a group of bungling caped crusaders called The League of Freedom and that age old struggle to stay relevant in a changing world!” said editor David Leach at the Diamond Retailer Summit. “Titan are thrilled to be publishing SuperMansion comics and promise to bring the same level of wit, and humor to our series, or my name isn’t Jefferson McMinty.”

Titan Comics plans to bring the comic book series to life in 2017.