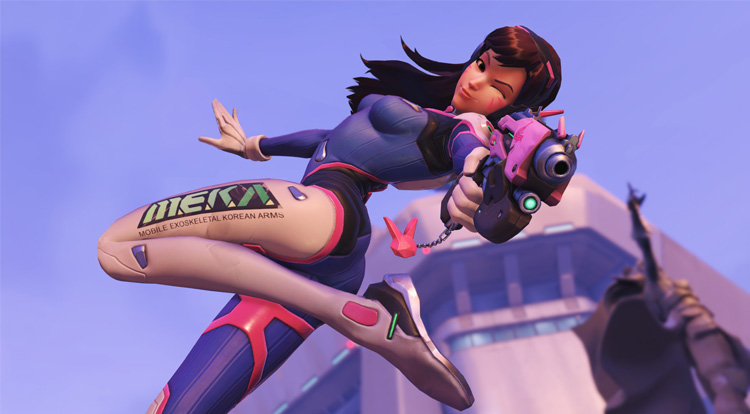 Originally not scheduled to be released for a few more days, Blizzard gave fans a big treat to start the month by releasing the big Season 2/Eichenwald Overwatch patch early.

One of the big updates to Overwatch in this patch is the addition of Eichenwald, the hybrid map that the team revealed at GamesCom last month. We’ve already covered that and the patch notes don’t give us any new information.

Which Rank Will You Achieve?

The biggest change coming to gameplay in this Overwatch patch is the complete change of the competitive ranking system. Season 1’s biggest fault is that the players had to refer to themselves as a number between 1-100 when describing how they were performing in competitive play, which led to many people feeling underwhelmed, especially if they were coming from other competitive shooters or MOBAs.

Blizzard heard the community and have given players a new seven-tiered rating system with actual names associated with them, that is feels very similar to what StarCraft 2’s system has been. Of course, there are still numbers involved but instead of 1-100, they have been expanded to 1-5,000. So, here are the new tiers that players will be looking to achieve this season in competitive Overwatch:

Hopefully, these changes give players a better feeling of satisfaction as they try and move up the competitive ladder this season.

And speaking of competitive play…NO MORE SUDDEN DEATH! Blizzard has done away with the big end of game frenzy that was sudden death and have implemented draws, but they say they won’t happen often. To make sure that most games aren’t ending in a draw, they have changed gameplay on a few maps. The map changes include: taking a checkpoint away from Watchpoint: Gibraltar, adding a time bank system to six maps, and reducing the extra time granted for taking objectics on many maps from 5 minutes to 4 minutes.

A few hero tweaks have occurred in this patch that we will quickly highlight:

The big hope with these hero changes is that we will start to see a new meta appear in Overwatch Esports as lineups had become fairly static with Lucio and Zenyatta being near absolute picks and Genji being high in the percentages as well.

Blizzard releasing the patch early does give teams in the Overwatch Open time to better test out lineups and strategies before the next round of play begins, which should give us our first indication if we will see a new type of gameplay moving towards the Overwatch World Cup.

There are many more general changes coming with this patch that you can read about, along with a more detailed description of the big changes we highlighted, over in the Blizzard forums.

Is there any change in this Overwatch patch that you are particularly excited about? Do you have a rank that you are going to be trying to achieve this season? Let us know in the comments!